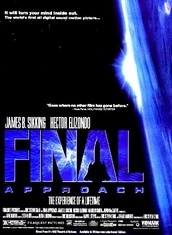 A test pilot awakens with amnesia and is subsequently subjected to a series of trying psychiatric procedures by a very eager therapist. He eventually recalls portions of a crash involving a top secret bomber and begins to suspect that he may actually be in enemy hands. Really ? So what about his wife and youth ?

Instrument panel from a side by side cockpit, not a tandem layout like the SR-71.

Used for the secret mission Black Star 2. And seen several times when Jason tries to recall his past.
Under every spot and with some image effects.

Negative effect on this pilot closing the canopy.

Six wing machine guns, it's a D (or later) variant.
First seen as a negative.

In the distance, at left.

In the distance, only their tail assembly are visible.

Top of the screenshot we guess two Lockheed U-2s, the left one (behind the car) being a twin seat (U-2CT or TR-1B).