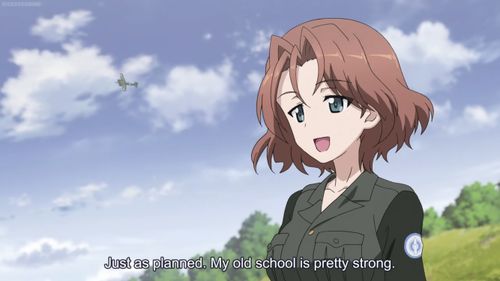 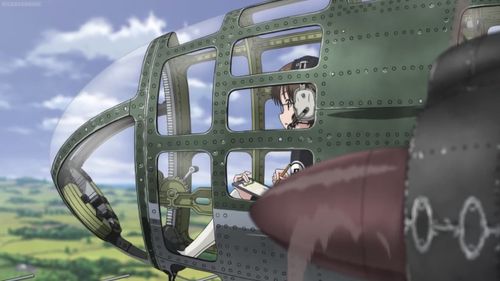 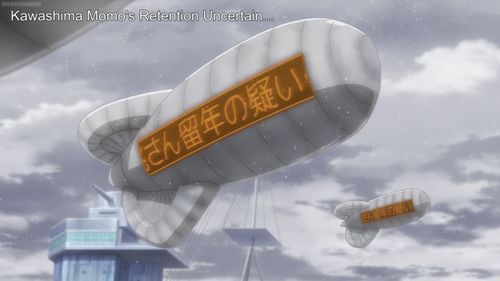 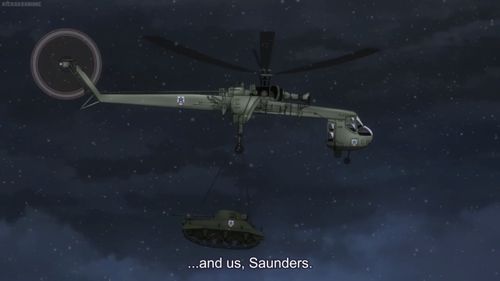 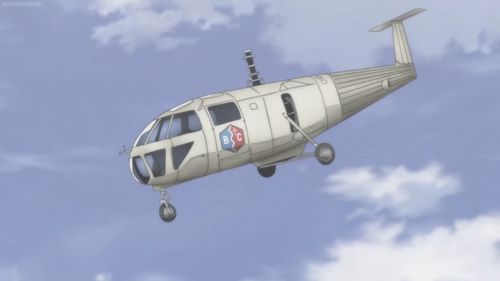 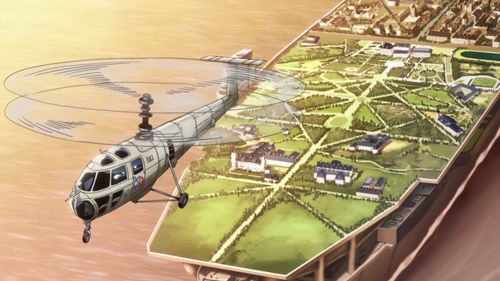 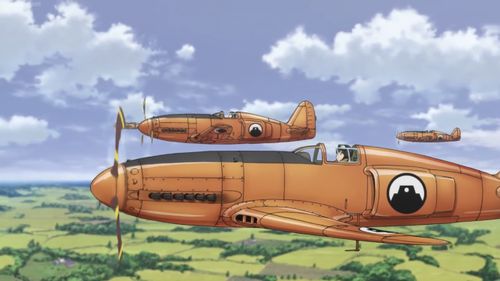 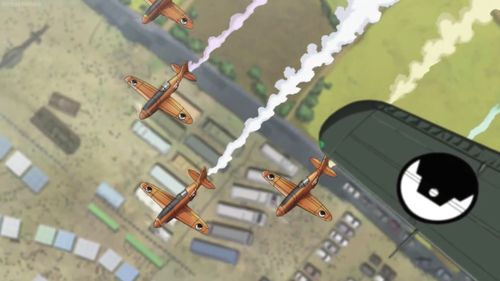 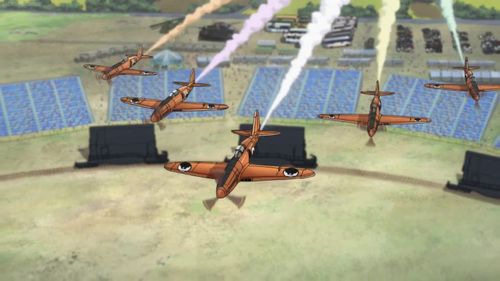 Ki-46 is the brown plane on the left, alongside two P1Ys. 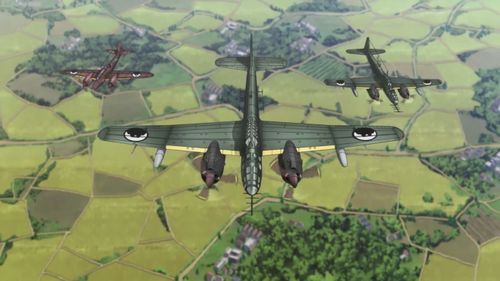 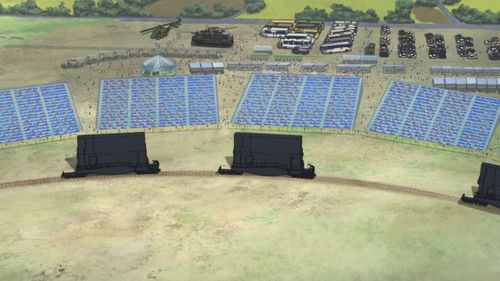 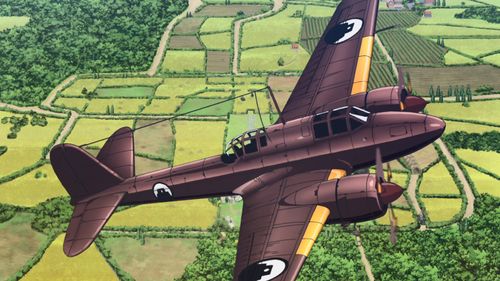 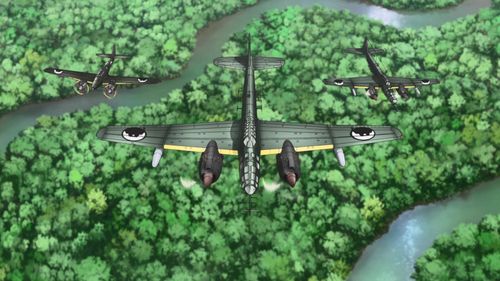 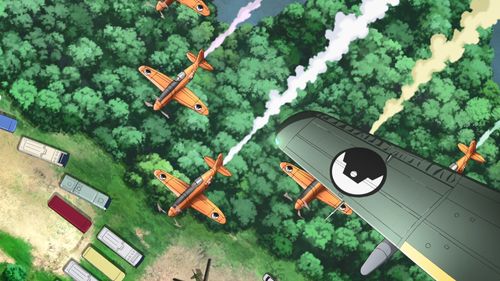 Helicopter and aircraft on the ground. 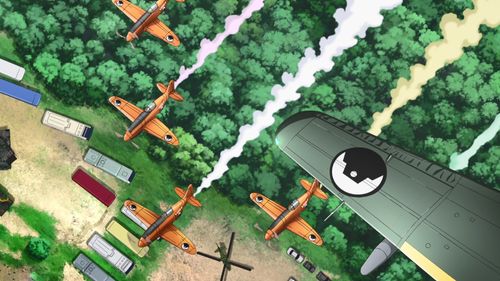 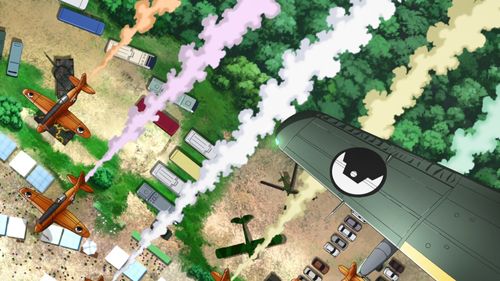 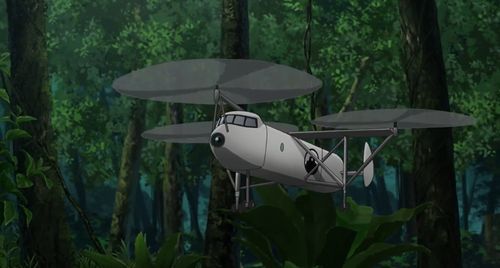 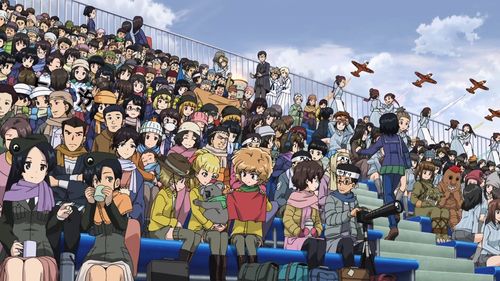 The battle stage for the match between Saunders and Keizoku are at an abandoned airfield, which is based off of the real life Komatsu Airport/JASDF Komatsu Base. 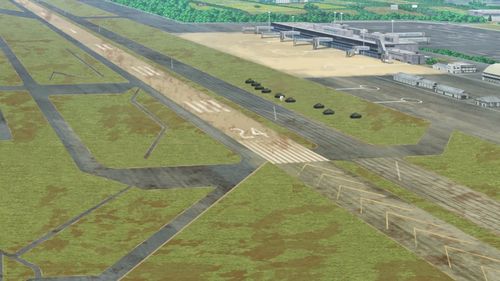