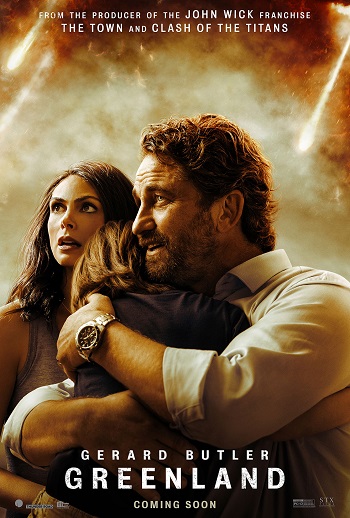 A family struggles for survival in the face of a cataclysmic natural disaster.

Seen at Robins Air Force Base (WRB/KWRB).
Sikorsky UH-60 Black Hawk taking off in the background of this first shot.

Overview of a CGI Thule Air Base. Numerous Boeing C-17 Globemaster IIIs & Lockheed C-5 Galaxys parked around the base, with several smaller aircraft parked near the hangars at the lower left.