The ship ferrying soldiers from the West Coast to Hawaï is overflew by a patrol aircraft. Could be a Lockheed Ventura. 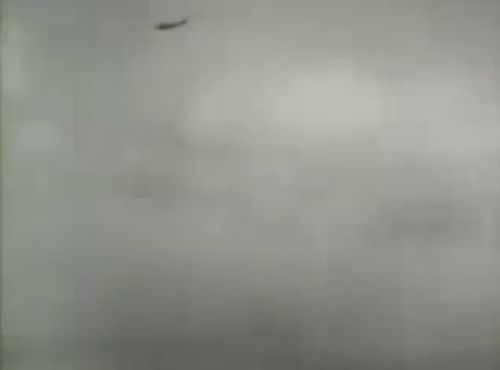 A large flight of Japanese aircraft is sent to counter attack the American commandoes. They are acted by Grumman TBF Avengers. 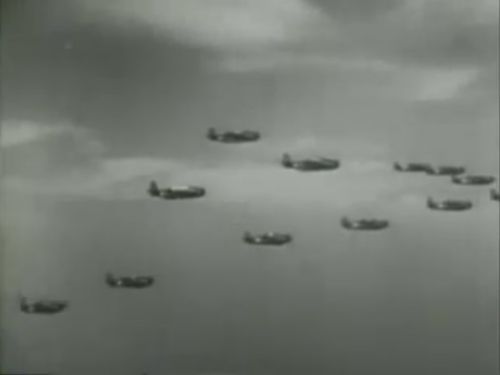 The Japanese Leader is at the controls of a set (?) but behind him we guess some Grumman F4F Wildcat. 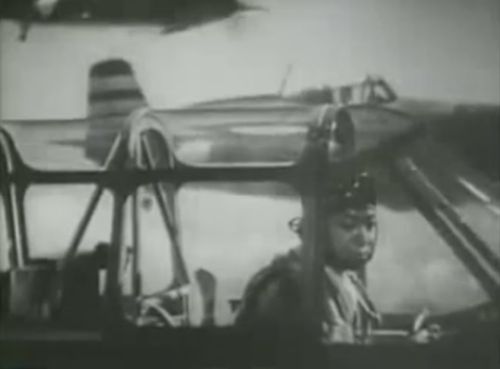 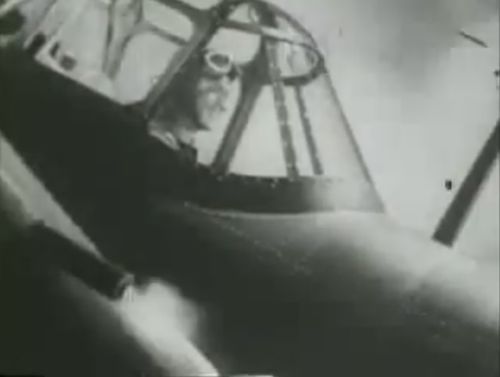 When the Japanese are straffing and bombing (their own troops !), we guess the shape of Douglas SBD Dauntless. 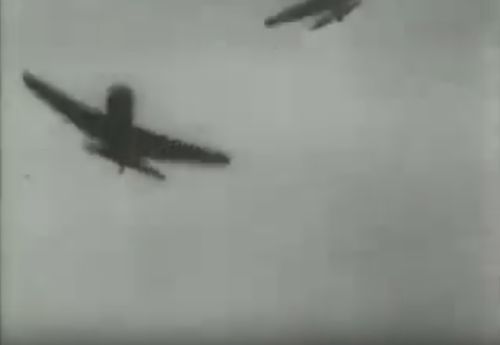