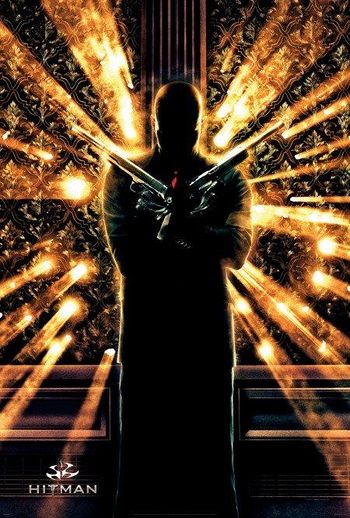 
Hitman is a 2007 film directed by Xavier Gens and based on the video game series of the same name. (Synopsis needed)

A Russian Mi-24P (NATO "Hind-F") attacks Agent 47 (Timothy Olyphant) through the windows of a cathedral.