Our world filmed like a miniature world. Shots are mixed with scenes from transport modelling. Where is the frontier ? 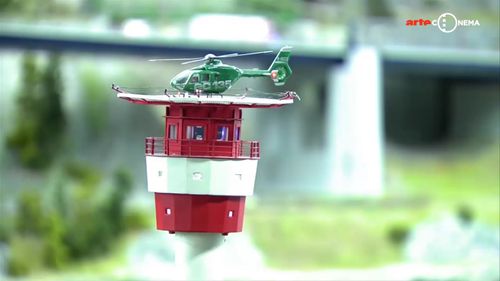 Reg. YL-BAT Fokker 50 (c/n 20163) of airBaltic alongside an Embraer ERJ 145 of LOT Polish Airlines seen at Lennart Meri Tallinn Airport (Estonian: Lennart Meri Tallinna lennujaam) (IATA: TLL, ICAO: EETN).
Note : YL-BAT was built in 1989 and actually registered as OY-KAF and fly by Eurolink until 1999. Since 2013, Air Panama took delivery of it and registered it as HP-1794PST. 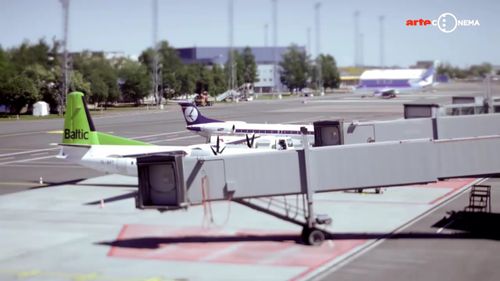