Welcome the IMPDb Suggestions page. Here we encourage everyone to share their ideas or thoughts.

Remember, to get full use of the site you must create an account.

To add to this page, select the 'edit' tab at the top of the page. If you are a registered user and would like to leave your signature, you can use ~~~~ at the end of your comments/suggestions.

Add your suggestion plus any details you know about aircraft in the production. 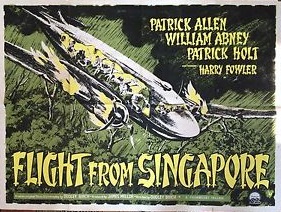 Nate Decker (of Million Monkey Theater) thinks it is a Cessna T-50. I can send his screen capture if you'd like.

Thanks for this. If you want to try and add the page yourself, feel free, otherwise hopefully one of users will. Bthebest - IMPDb Administrator 13:52, 10 October 2011 (MDT)

Thank you, thank you, a million times than you. I was just trying to identify this myself, and agree with your identification. The aircraft in question had the (probably fictitious) registration VH-WWL. (Or perhaps VH-WWI.) gweilo8888 03 july 2013

So, what do you wait to built the page ? The IMPDb:New Users and IMPDb:Example Page are done to help you in your projects. LVCDC 26 april 2013.

(Please note that some work could be incomplete).

Thanks for the film request ECBBFan!

Screenshots done but page will be built once the bug with the thumbnails would be fixed. LVCDC 26 august 2013

Good idea which makes a first entry for the Backfire. LVCDC 23 april 2013

Conflict of Wings is just a small preview of an interesting movie with full details on vintage jets. LVCDC 15:15, 29 December 2013 (MST)

It's only one of the episodes featuring aerial vehicules. Look at Columbo.

Despite the bug is still active, Empire of the Sun exists now but with poor small size screenshots. LVCDC 16:47, 23 February 2014 (MST)

For All - O Trampolim da Vitória has lots of pictures, some aircraft on static display and a single take off. LVCDC 09:22, 1 July 2015 (MDT)

La Bamba and its ill-fated 3rd February 1959 which makes legends of Buddy Holly and Ritchie Valens.

I started watching it but got sidetracked. Hopefully I can get round to it this summer. If you've got the screenshots, feel free to create a page and put them up for others to identify. Bthebest - IMPDb Administrator 06:12, 2 February 2013 (MST)

Work on progress since mid april. Who could help Dogfish to end it ? LVCDC 09 june 2013

Page completed from an old (and poor) VHS on august 2013. Feel free to replace the bad screenshots by better ones ! LVCDC 26 august 2013

Page built under its italian title by Corkeyandpals with the pictures provided by Stronghold. LVCDC 20:48, 15 October 2015 (MDT)

Thirteen Days as a template (some screenshots missing; please, feel free to complete it). LVCDC 30 may 2013