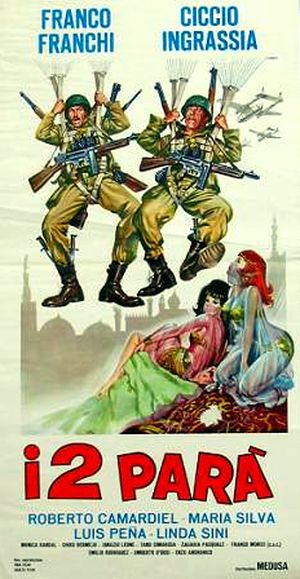 I due parà movie poster.

Two penniless Italian buskers want to go to the USA but get on the wrong ship and end up in South America in a concentration camp where they are rescued by American parachutists from. Afterwards they become big shots in the States but their dream comes to an end: they are sent to fight in Vietnam.

Also from this series:
I due... series 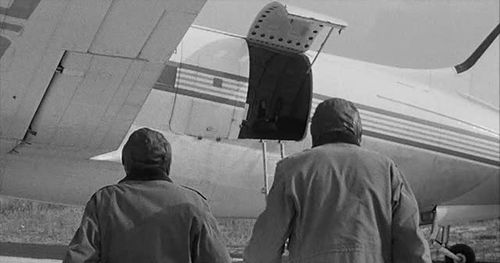 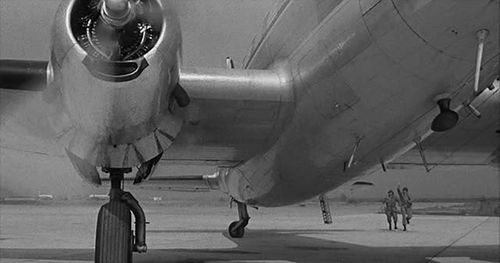 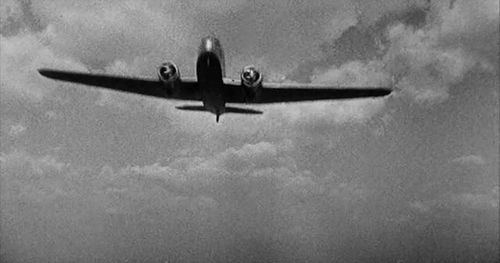 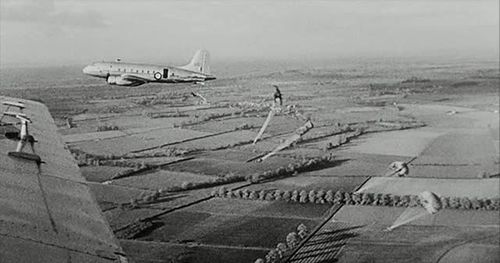