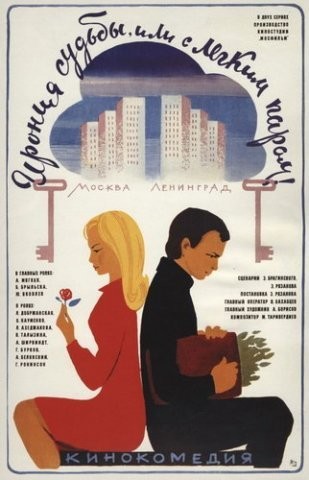 
On the last day of the year a 36-year-old, soon to get married Soviet doctor Zhenya Lukashin goes to public bathhouse with his friends, where they heavily drink. They subsequently go to airport, as one of them has to leave for Leningrad. However, due to all of them being drunk, Zhenya accidentally gets sent to Leningrad instead of his friend. He wakes up without realizing he’s now in a different city, and his life is about to take a very unexpected turn.

A Tu-114 is seen in front of old Moscow Domodedovo Airport terminal, where Moscow airport scene was filmed. This is a factual mistake, as in Soviet times there were no flights to Leningrad from this airport. 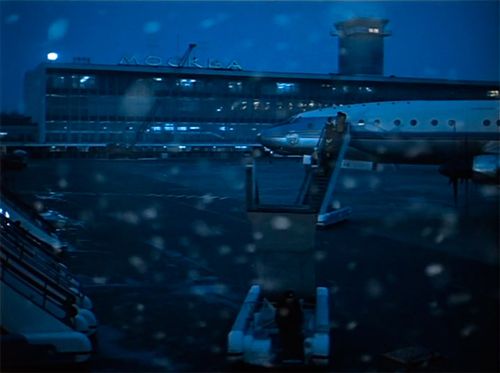 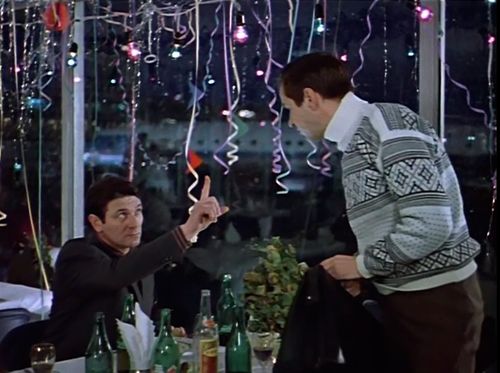 Same Tu-114 behind the window

Lukashin en route to Leningrad falls asleep on his fellow passenger (played by director Eldar Ryazanov). This scene was also filmed inside Tu-114. 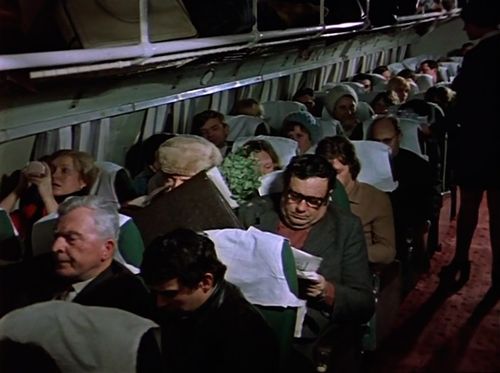 However, when his flight is shown outside, it's a Tu-134. A scale mockup was used to film the scene. 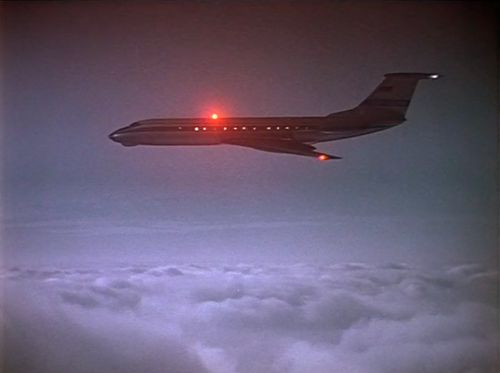 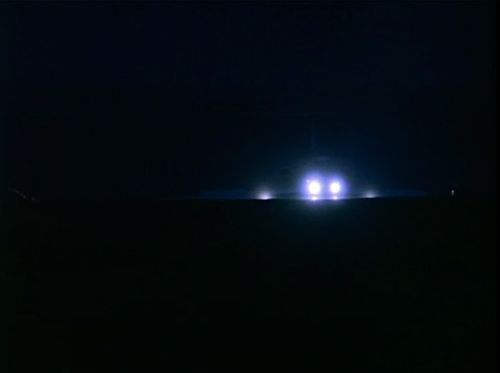 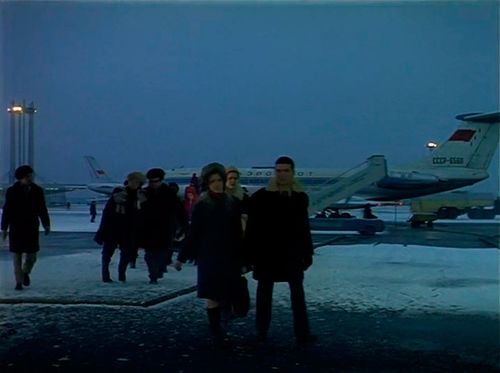 Couple seconds later, a tail of another Tu-134 is behind the window. 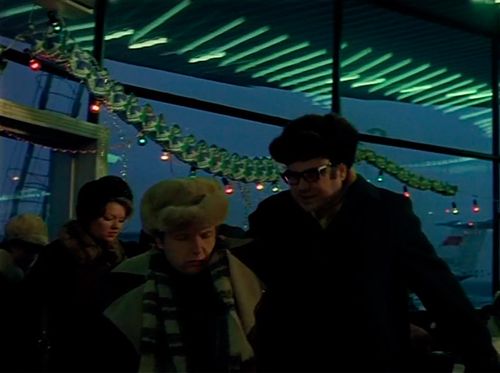 Tu-134 far away in the upper right corner. 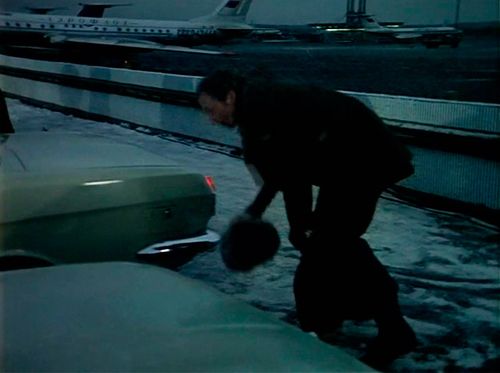 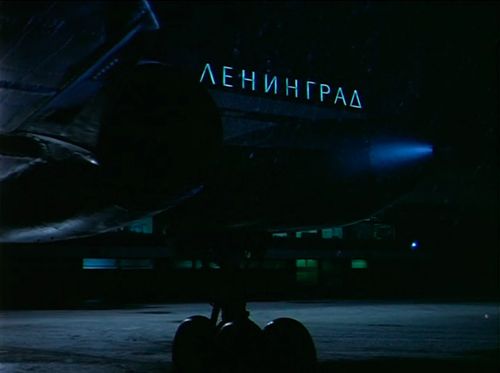 Lukashin finds a taxi. Tu-104B registered СССР-42448 (s/n 921005) is behind.
Same aircraft in other movies at IMPDb: Frequently Seen Aircraft (civil section).
A few Tupolev Tu-134 tails are too visible behind it. 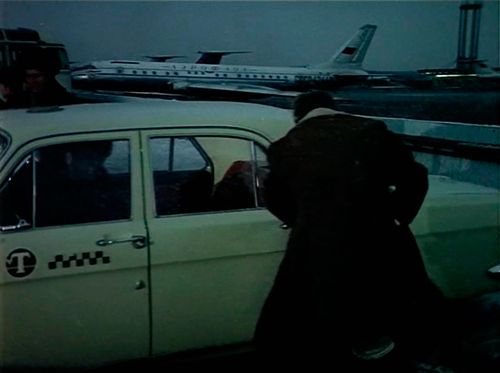