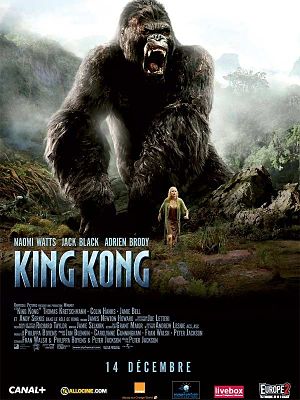 A remake of the 1933 movie with some new facts and a new perception of Kong.

If in 1933, the movie used real Curtiss, of course, in 2005 they were computer generated. Neverless, work was done accurately and aircrafts wears the colors of VF-1B "Tophatters" (which used them from 1930 to 1932).