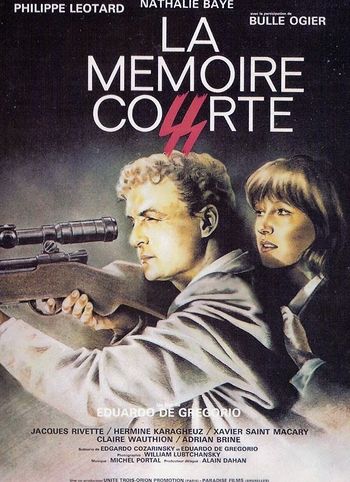 Douglas DC-6B of UTA-Industries, a subsidiary of UTA (Union de Transports Aériens). This company was in the process (1977-1980) to modify five former Douglas DC-6B airliners on firefeighter for the French Sécurité Civile. Please note the add-on water tank under the belly.
According the screenplay, this flight is from Argentina to Aéroport de Paris-Le Bourget during the 1960's (just another anachronism as the multifaceted building in the distance on the far left had no existence before the Paris Air Show of the seventies). 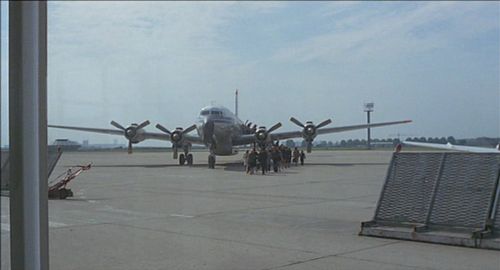