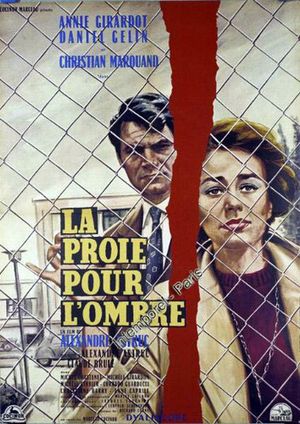 Movie (1961)
English titles: Prey for the Shadows/Shadows of Adultery

Anna, twenty-seven, married to building contractor Eric, refuses to live in his wake. Craving independence, she can exist through the art gallery she runs, but isn't this occupation a mere wholesome distraction? When she meets Bruno and become his lover she thinks she will find fulfillment only to realize that she is just another plaything in a man's hands.

From right to left, one the first batch of Caravelle series registered F-BHRA to F-BHRZ delivered to Air France from March 1959 to December 1960, behind is a DC-6 or DC-7 of SABENA, and Vickers Viscount of BEA in the background.