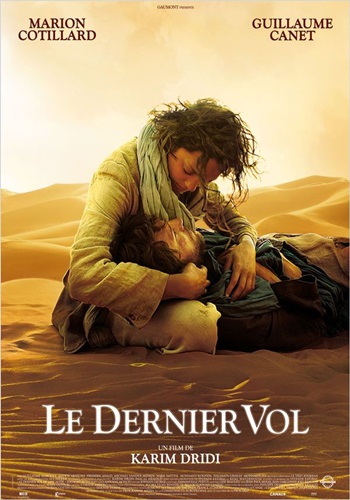 Aviator Marie Vallières de Beaumont goes on a journey to find her lover Bill Lancaster after his plane disappears in the Sahara. The film is based on the French novel Le dernier vol de Lancaster (the last flight of Lancaster) by Sylvain Estibal which is loosely based on the real life events surrounding the disappearance of British aviator Bill Lancaster (in fact, Lancaster was found 29 years later just 70 km from his last station when searches were made far away (200 to 300 km)).

Wears the fictionous registration F-ASNK. It's in fact a replica of SE.5 (c/n 2) really registered under F-AZCN (already used for L'as des as).
Same aircraft in other movies at IMPDb: Frequently Seen Aircraft.

During the sand storm, it's a replica (of course) which is blew up.