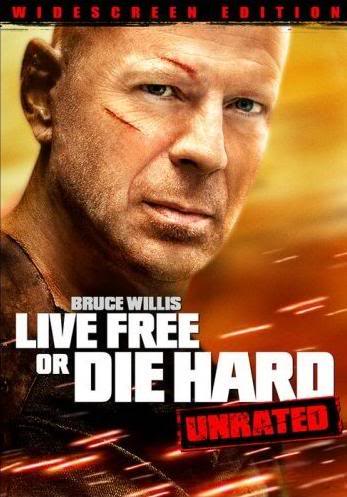 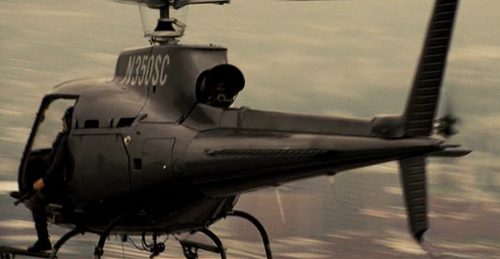 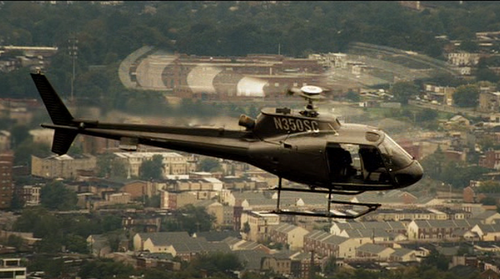 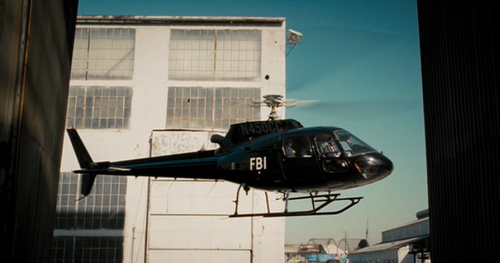 Two other Ecureuils, this time real FBI helicopters, are used at the end.
Registration N547SA, c/n 2124 built in 1988. Same aircraft in other works at IMPDb: Frequently Seen Aircraft (Rotary-Wing).