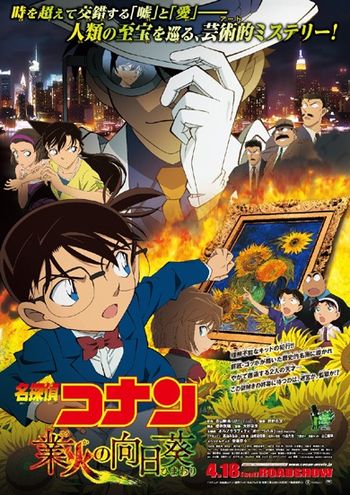 Conan and his friends must prevent Kaito Kid from stealing a famous painting. 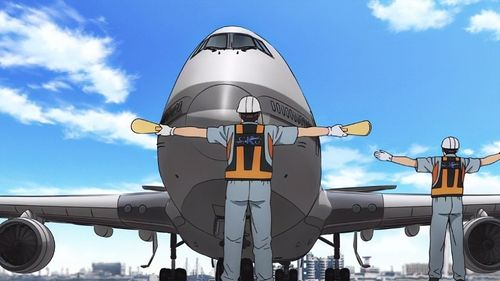 These colors are like those seen on All Nippon Airways Boeing 747-400 yellow pokemon. But on the real airliner, the whole airframe was yellow (no green underside) and the tail was painted with Pikachu's head on a blue background. 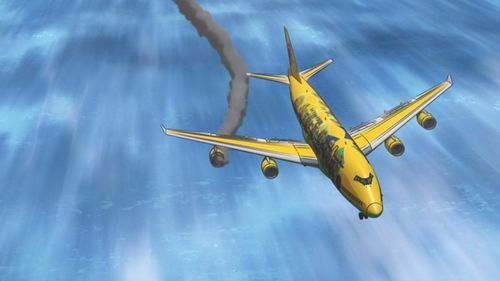 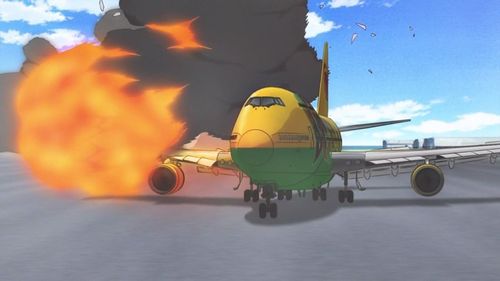 Here we can see a logo and Suzuki title. No Suzuki Airlines/airways exist but Fuji Dream Airlines was found by ... Mr Yohei Suzuki. 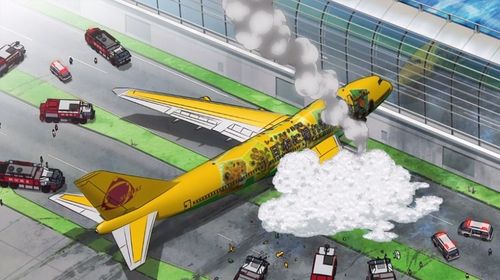