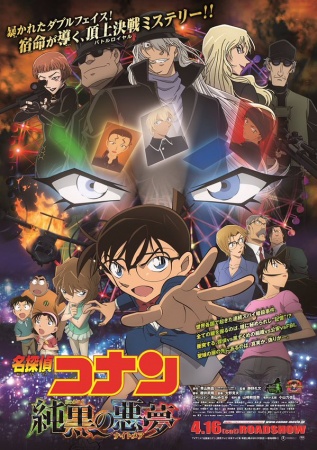 A spy infiltrated the Japanese National Police Agency, retrieving secret files of Britain's MI6, Germany's BND and America's CIA and FBI. Rei Furuya and a group of Tokyo Police PSB intercepted the spy during the getaway, and just before the major car accident, FBI Agent Shuichi Akai sniped and crashed the spy's vehicle. The next day, at the aquarium in Tokyo with the Ferris wheel, Conan and the Detective Boys found a woman with heterochromia iris who suffered memory loss and had a broken cell phone. Having decided to stay and help the woman regain her memory, Conan and the Detective Boys are under the watchful eye of Vermouth. 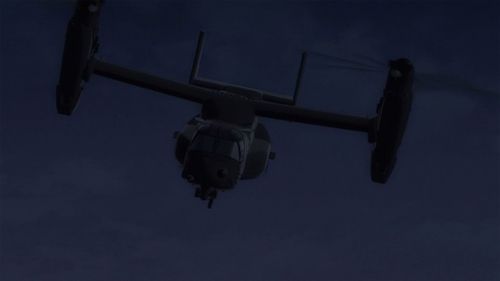 Some artistic liberties taken, but seems to be based on the AH-64. 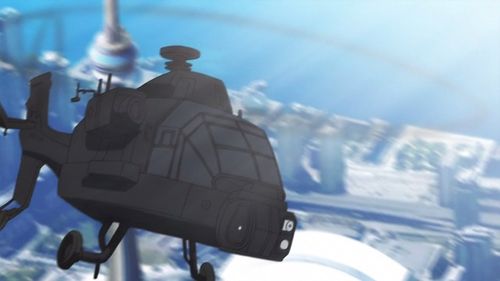