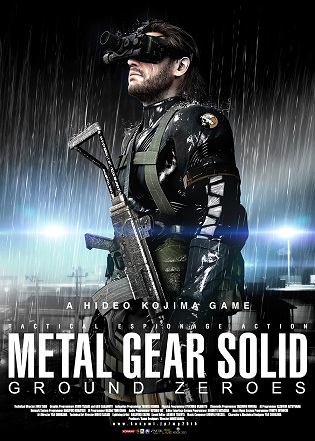 Set in March 1975, a few months after the events of Peace Walker, players control returning protagonist Snake, also known as Big Boss, as he works with Militaires Sans Frontières (commonly abbreviated as MSF) to infiltrate an American black site on Cuban soil called Camp Omega. Once used as a refugee camp for people fleeing Cuba and Haiti, Camp Omega is home to an old prison that is being used for extraordinary rendition as it has no legal recognition under the United States Constitution. Snake's main objectives are the extraction of Paz Ortega Andrade, who has information regarding the whereabouts of the person or persons known as Cipher; and Ricardo "Chico" Valenciano Libre, a Sandinista and former child soldier who was captured by Skull Face, the commander of paramilitary force XOF, who are in control of Camp Omega. Snake's mission is supported by Kazuhira "Kaz" Miller and Huey from MSF's Mother Base in the Caribbean Sea. 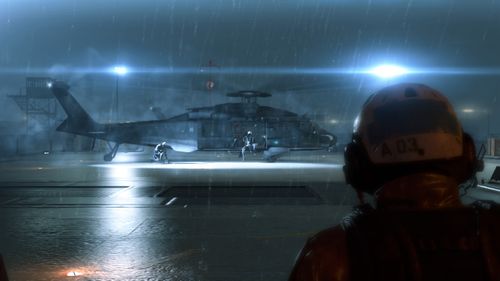 Fictional helicopter, contains elements of the Mil Mi-24 and Mi-28. 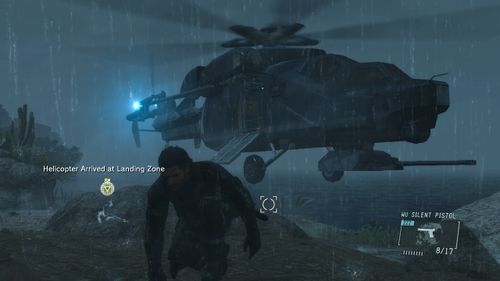