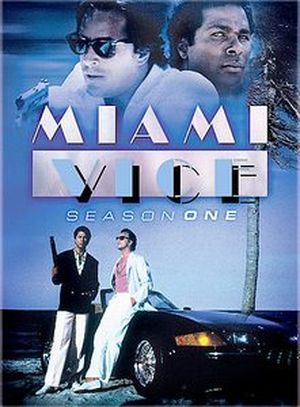 The adventures of the vice squad detectives of the Miami Police Department. 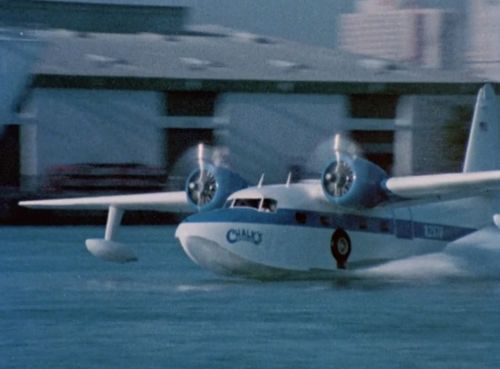 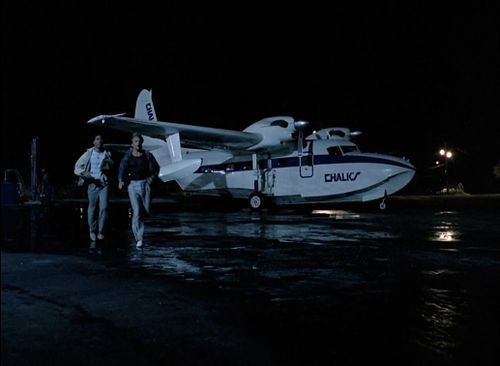 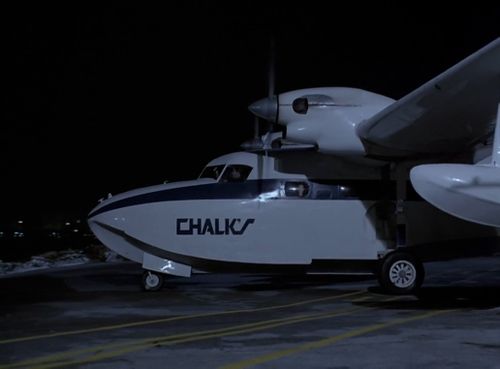 Ep. 1.15 Smuggler's Blues
Crockett and Tubbs use this plane during an undercover mission to Cartagena. They later use it to escape from Colombian drug dealers. Reg. N441MH, c/n A-0121. 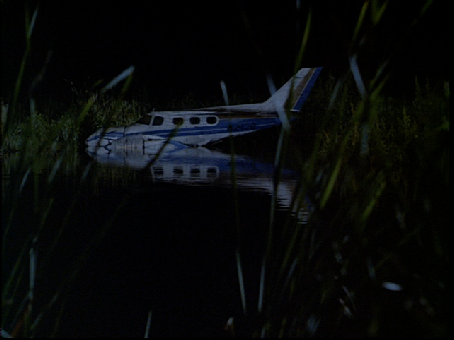 Ep. 2.01 The Prodigal Son
Esteban Revilla attempts to escape in this helicopter. Crockett shoots at it, and either hits the pilot or the controls, causing it to fly out of control and crash, blowing up. Reg. N57807, c/n 5039. 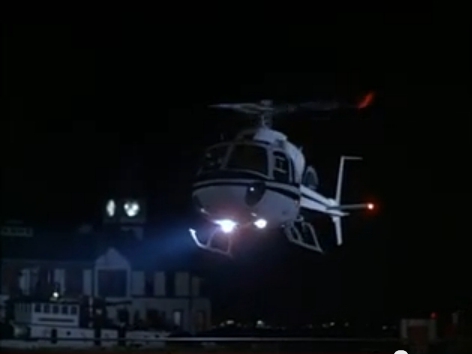 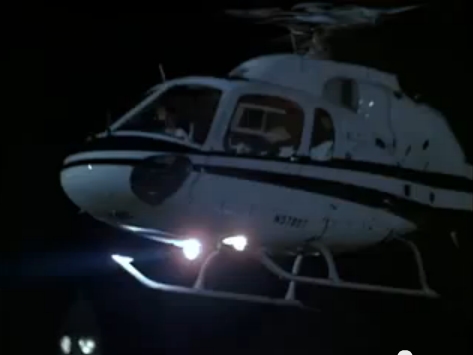 Ep. 2.11 Phil The Shill .
Similar scene in The Weather Underground but different registration. 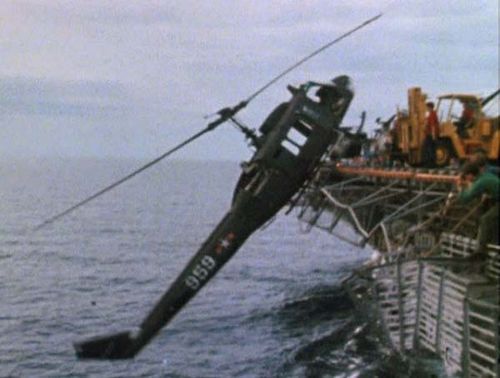 Bell UH-1C/HAL-3 Seawolf of the US Navy.

Ep. 2.12 Definitely Miami
Metro-Dade police helicopter who chases after Clemente's limousine, but is told to back off by Castillo. Registration is visible but difficult to make out. 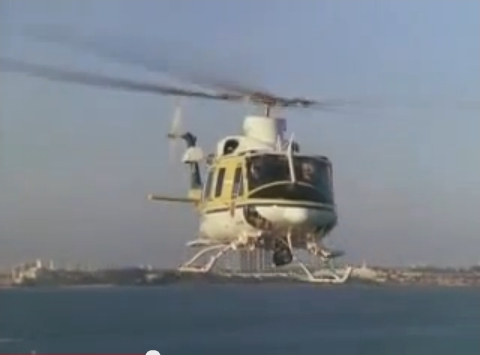 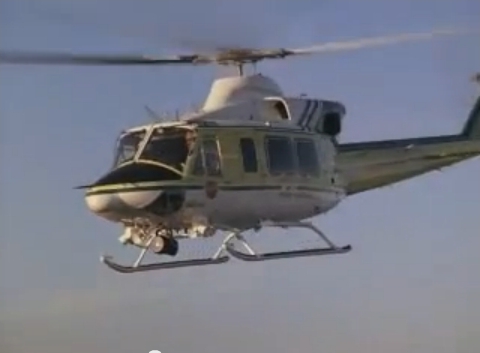 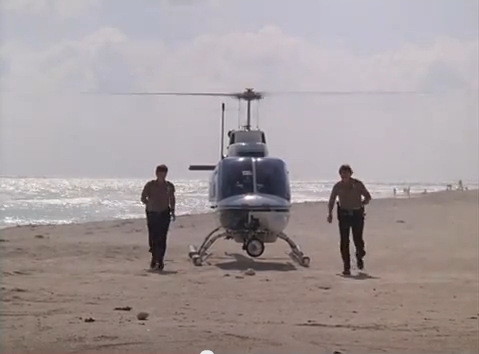 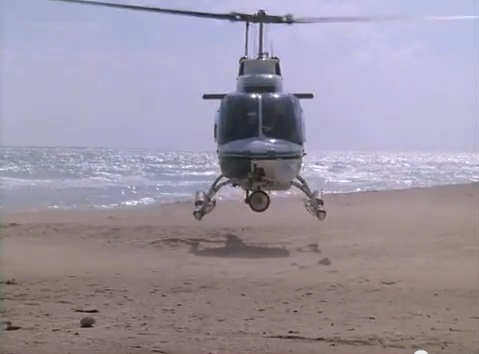 Ep. 2.14 One Way Ticket
Lawyer Larry Thurman owns one of these and routinely flies solo in it for what he calls "high altitude meditation." False registration N24PJ (which really belongs to a Schleicher ASW-24). Another one is seen at the airfield he takes off from, partial registration N327-.

Ep. 2.14 One Way Ticket
In scenes of Thurman in flight, his Learjet 25A is replaced by a smaller 25D with the false registration N464CL (which actually belongs to a larger Learjet 25A).

Ep. 2.14 One Way Ticket
Phillipe Sagot attempts to escape using this plane, but the arrival of Vice prompts him to instead flee in a speedboat. Reg. N2974, c/n J-36. 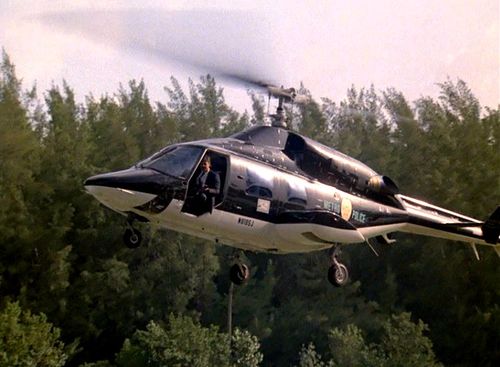 Ep. 5.06 Line of Fire
Hitmen come after Crockett in this helicopter, but he shoots it down by firing a flare gun into the open side door. 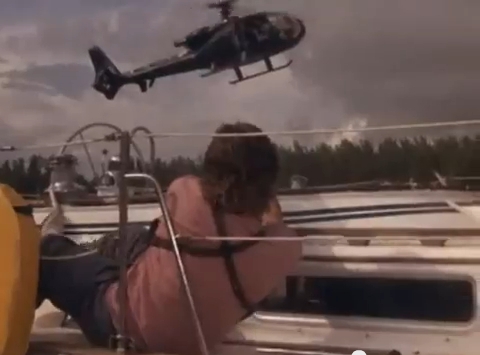 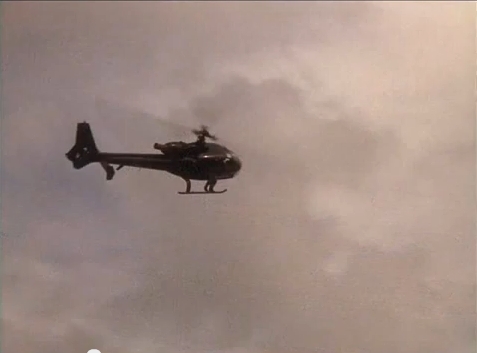 Ep. 5.06 Line of Fire
In a continuity error, when the hitmen's Gazelle is destroyed, it turns into an MD 500. 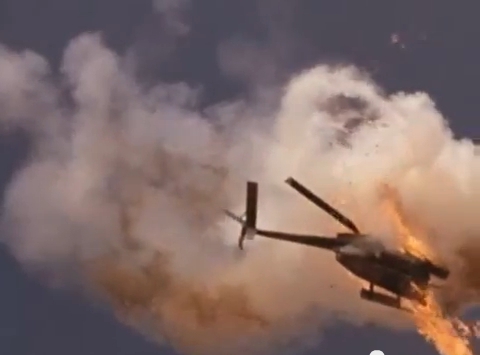