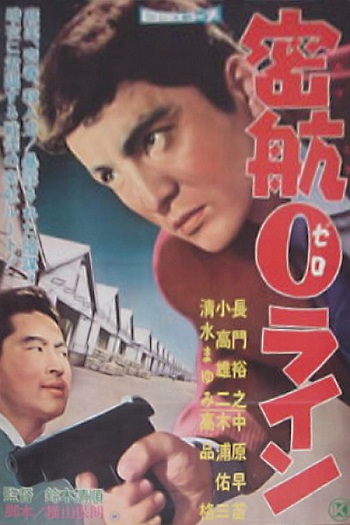 Two reporters of divergent morals investigate a drug ring, delving deeper into the underworld in the process.

Douglas DC-4 of Japan Air Lines in the background on the left.

Registration JA5022, c/n CH-349.
On 14 December 1969, this aircraft collided in mid-air with NAMC YS-11 registration JA8743 near Osaka-Itami Airport. Despite both aircraft suffering damage, no one was injured and both landed safely.