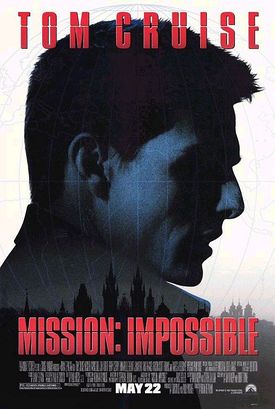 Ethan Hunt is framed as a mole when his team - including his superior, Jim Phelps - is killed in Prague. Along with Jim's widow, Claire, Ethan sets out to establish the identity of the people who set him up.

Kittridge and his assistant Barnes arrive in this helicopter.

Later, an AS355 is erroneously depicted in a news report about the MD 520N's crash. Possibly this is an in-story mistake made by the news (and thus deliberate by the filmmakers).

This helicopter, flown by Krieger, is used extensively in the film's climax wherein it follows a train into a tunnel. It is destroyed when Ethan sticks exploding chewing gum on the windscreen.