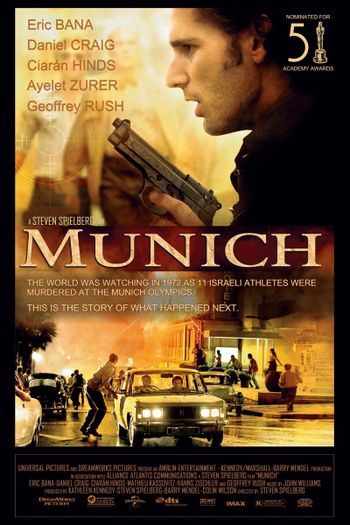 Progress and aftermath of Operation Wrath of God, the Israeli assassination campaign launched after the 1972 Munich Olympics massacre.

Acting as historical D-HAQO Bell UH-1D, this is Bell UH-1H s/n 65-10135 c/n 5179 first used by U.S. Army.
Sold to Colombian National Police and given code PNC-181. Written off in September 1990.
Used in 2005 by Speilberg and destroyed during the filming, the remaining airframe was used again in 2013 for World War Z (!) with a desert paint scheme before ending in 2014 at the Malta Aviation Museum (see the Discussion tab).

It seems the second Iroquois would be Bell-Dornier UH-1H-BF Iroquois c/n 8060.