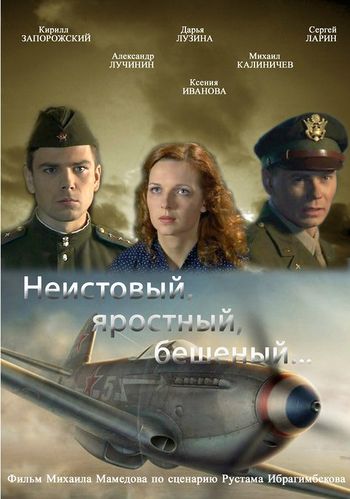 During the Second World War, the hidden rivals of the USSR and America, were forced to unite and create a coalition to fight against the fascist invaders. As a result, the Russians and Americans have conducted more than one brilliant joint operation, including "Frantic" (Неистовый), the shuttle bombing missions between England or Southern Italy and Soviet Union. In English this means fierce, furious (яростный). 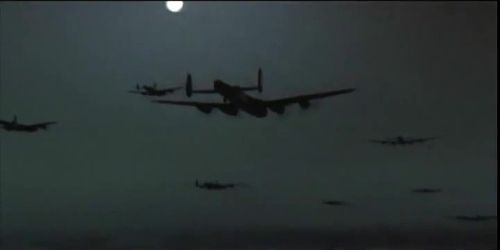 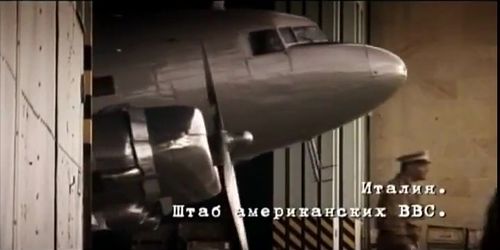 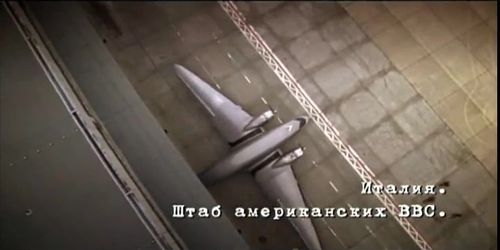 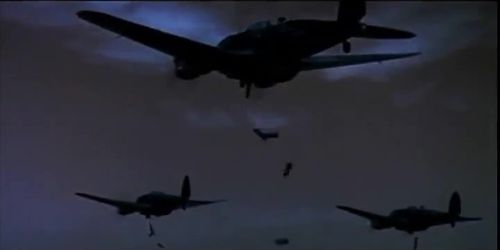 Stock shot from Battle of Britain ? 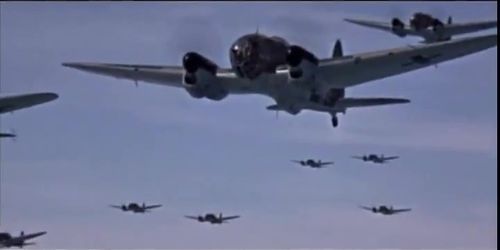 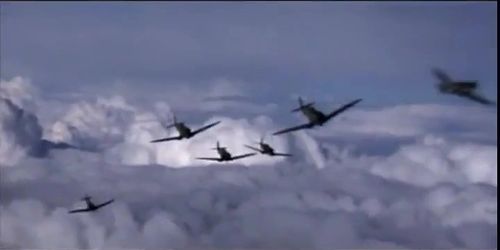 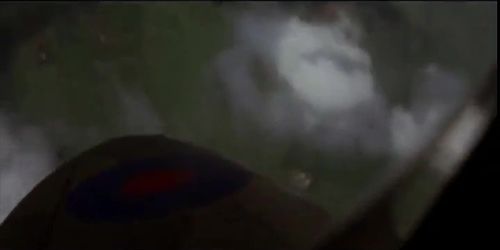 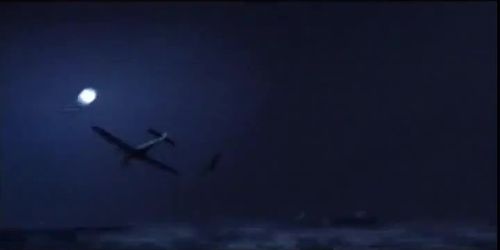 Probably a Bf 110 in the fireline of a Spitfire in a well known footage but this time seen through a foreground minded to let us being a rear gunner.
Same footage used in other movie : IMPDb: Frequently Seen Aircraft. 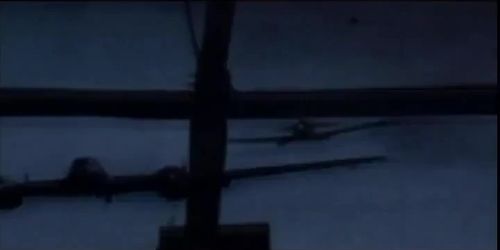 Rear gunner of a Petlyakov Pe-2. 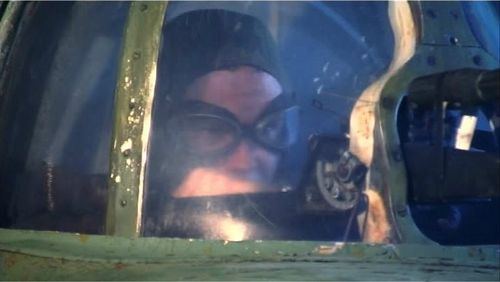