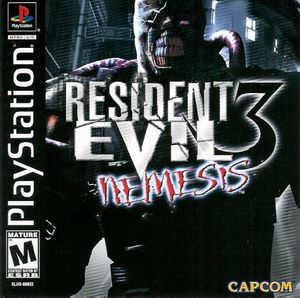 During the T-Virus outbreak, former S.T.A.R.S. officer Jill Valentine attempts to escape the zombie and mutant-infested city, only to find herself hunted by a monstrous creature named Nemesis who has been sent by Umbrella to kill S.T.A.R.S. members. She is forced to team up with a stranded group of Umbrella operatives in order to survive.

Seen in a framed photograph of S.T.A.R.S. members in the police station.

Umbrella extraction chopper which attempts to pick Jill and Carlos from the church, but Nemesis shoots it down with his rocket launcher.