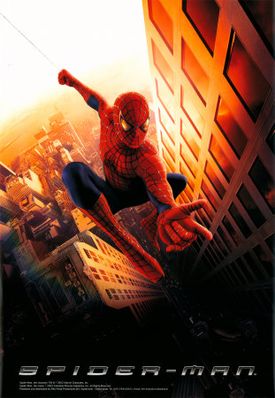 After being bitten by a genetically engineered spider, high school student Peter Parker begins developing a variety of superpowers, including the ability to jump great distances, climb walls, and shoot webbing from his wrists. After his uncle is killed by a carjacker, Peter adopts the name "Spider-Man" and becomes a superhero.

The film's summer 2001 trailer featured a sequence of Spider-Man capturing a gang of bank robbers by trapping their Eurocopter AS355 TwinStar in a giant web spun between the Twin Towers as they tried to fly away. The trailer was later pulled from theaters following the destruction of the World Trade Center on September 11th of that year. The scene was shot just for the trailer. 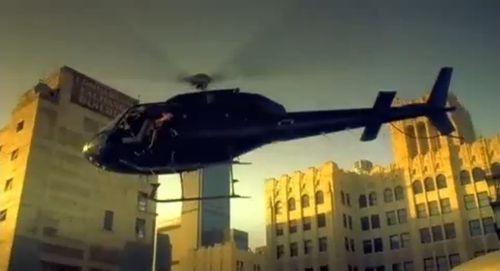 The TwinStar lifting off from the bank roof. 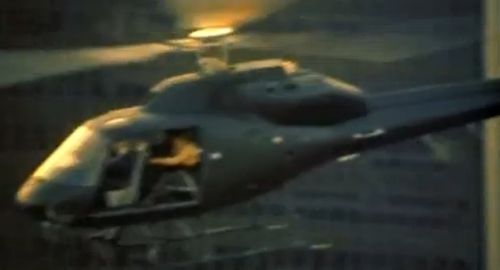 "Sit back and enjoy the ride!" 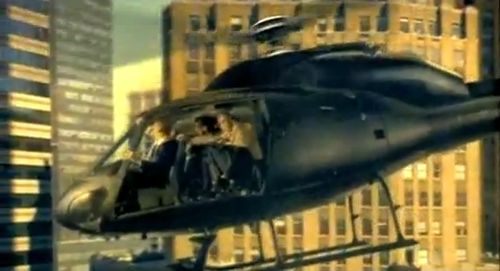 The TwinStar stops suddenly in midair. 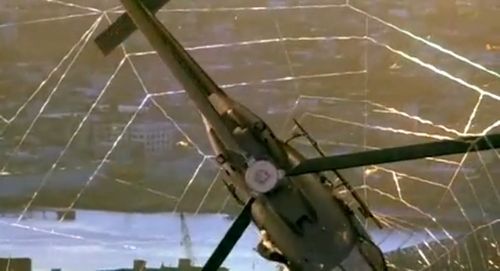 The TwinStar is revealed to be stuck in a giant spiderweb, spun between the Twin Towers.