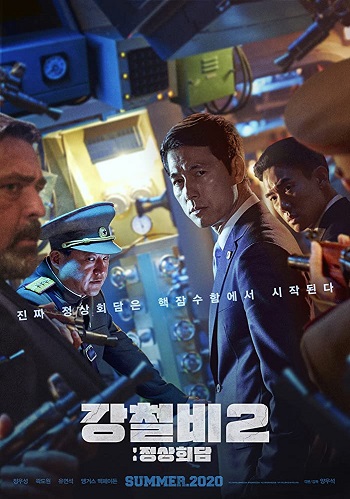 A summit of leaders of South Korea, North Korea and the U.S., where they intend to discuss North Korea's nuclear issue and a peace settlement for the Korean peninsula, but instead end up being abducted.

USAAF serial 44-27354, named Big Stink and later Dave's Dream. Best known for being the camera plane that participated in the atomic bombing of Nagasaki along with Bockscar and The Great Artiste.

In the background, two Boeing C-17 Globemaster IIIs on the right, and the Republic of Korea Air Force's VIP Boeing 747-4B5 "Code One" (serial 10001) on the left, behind Air Force One.