The movie lasts 1h43 (if you don't take in time the credits). A mini serie in four episodes (each of 40 minutes) was too broadcasted with the same story and action, the film editing adding few scenes. Lot of action are slighty longer giving sometimes some interesting additional data.

So we can see more precisely the Sukhoi Su-25UB 33 yellow (despite blurred) in the first episode : 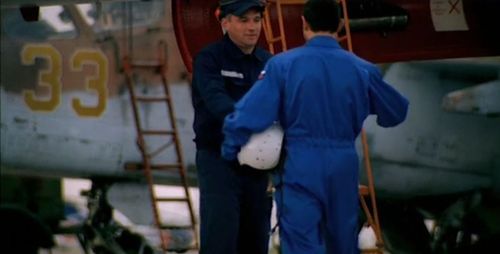 Later in Episode Four, the Airshow at MAKS is close to the movie's editing ... but the actor's performance filmed at the Central Air Force Museum (at Monino airfield). The most valued addition is here under whith the Myasishchev M-50 and Ilyushin Il-28 no more hidden : 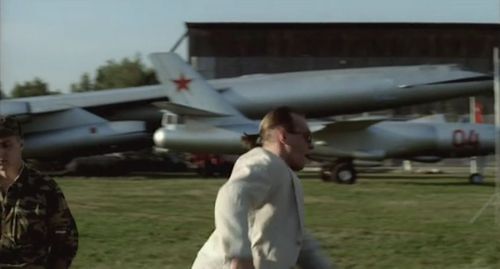 and on the right side, we discoverthe the Lavochkin La-7 : 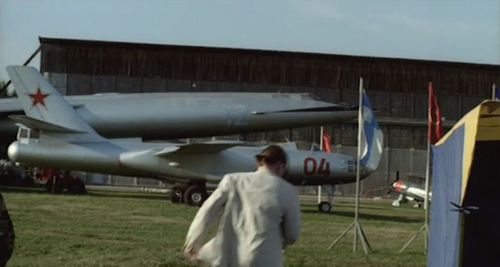 Last still of MAKS 2003 is slighty longer and so we can see in the distance an Ilyushin Il-96 : 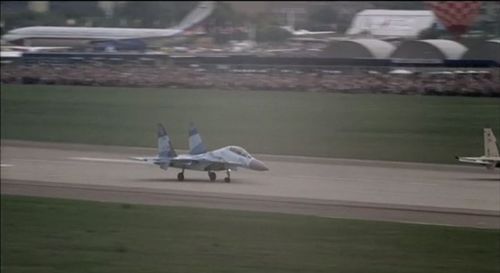 Of course, all episode got some additional footage (without new aircraft type); this gives the air enthusiast some longer action (for example, during the inflight refuelling, the Sukhoi is seen extending its probe and the Il-78 acting its code lamps).