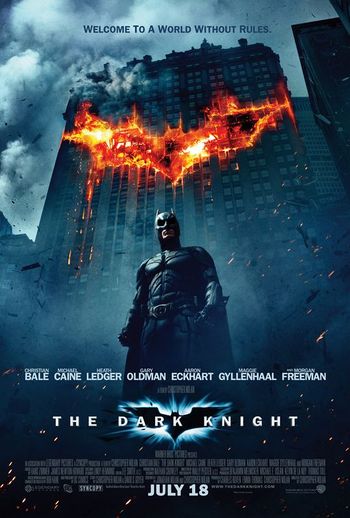 
When Batman, Gordon and Harvey Dent launch an assault on the mob, they let the clown out of the box, the Joker, bent on turning Gotham on itself and bringing any heroes down to his level.

While pretending to be on vacation with the Russian ballet company, Bruce Wayne slips off to get Lau in Hong Kong.

A Gotham City Police Department helicopter. During the chase it flies into wires (put there by the Joker's men) and crashes. Looks like they used CGI for that bit.