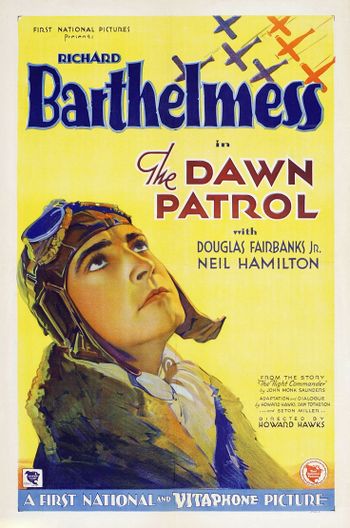 A footage used by so many aviation movies and documentaries ! 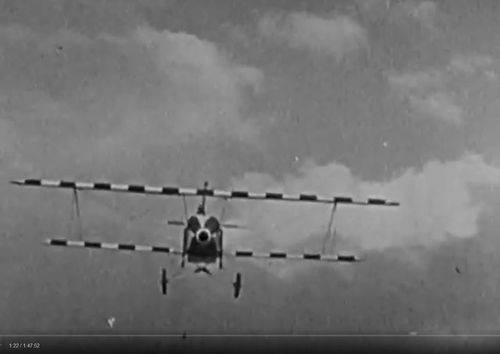 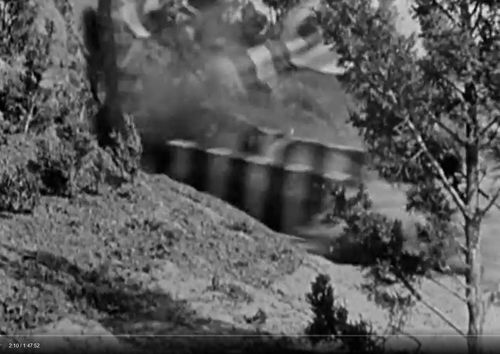 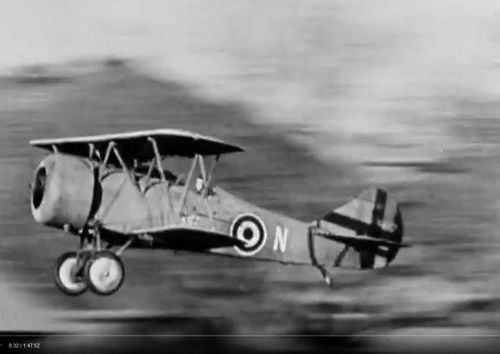 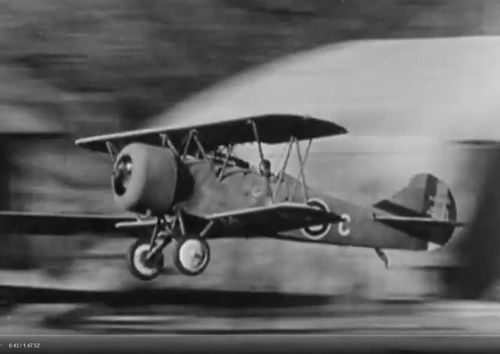 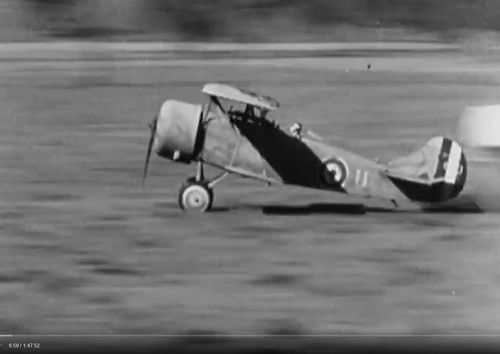 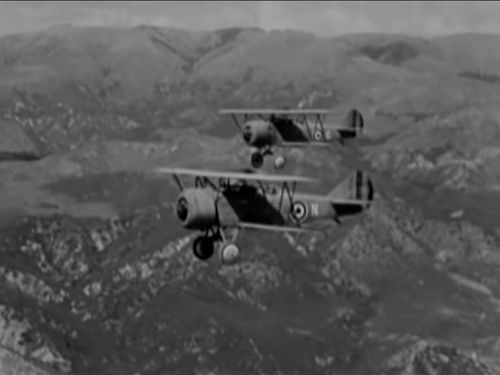 Including N12237 seen (anonymously) in several movies (see IMPDb: Frequently Seen Aircraft (Military Fixed-Wing)).
Three airframes built and designed from the original Nieuport 28 drawing set. Minor changes (engine, shorter fuselage), the most visible being the upper wing without dihedral and N interwing struts.
Action is set in 1915 when fighters couldn't shot through the propeller's circle, so the need of a machine gun over the upper wing... never used during movie's fighting ! On the contrary, the shootings are carried out with the weapons of hood which were not in service in 1915. 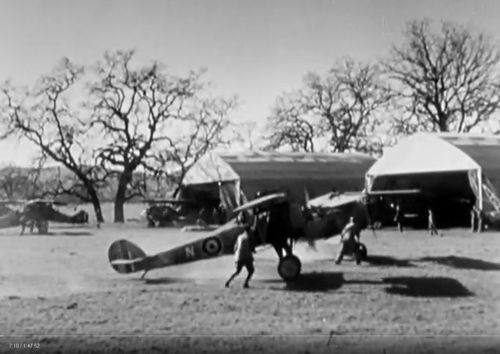 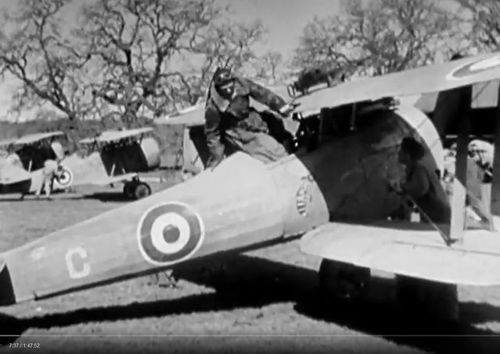 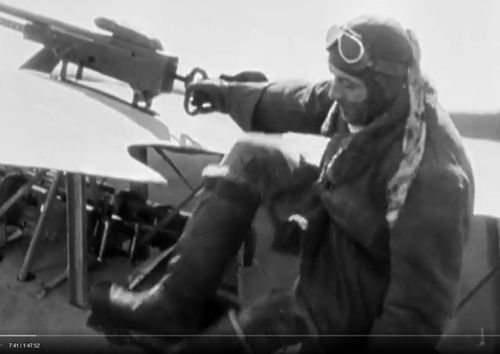 Fighting high is too fighting against the cold !
Note the upper machine gun ... without ammunition supply! During some scenes, it deviates slightly from side to side when the aircraft is banking! 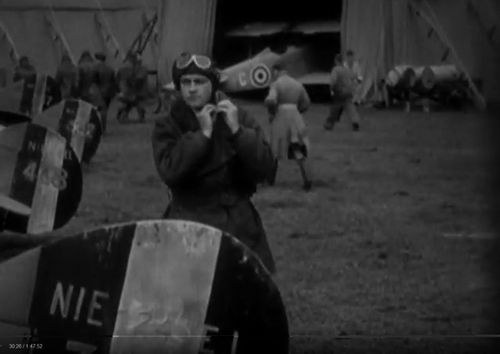 Another shot is clearly showing NIE 24 (for Nieuport 24), a type introduced only on Spring 1917. 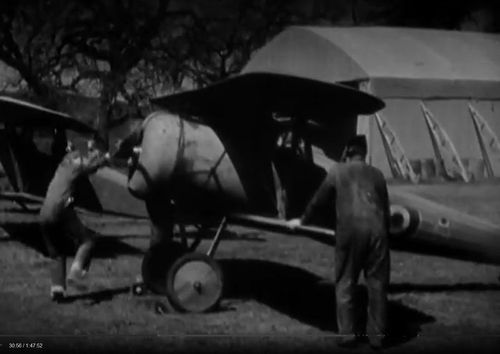 The other difference with the Nieuport 28 : the upper wing is further away from the fuselage than on the original aircraft. 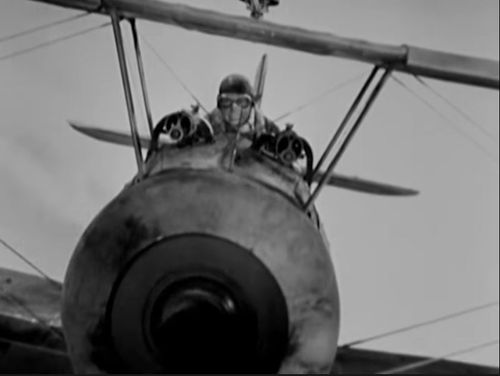 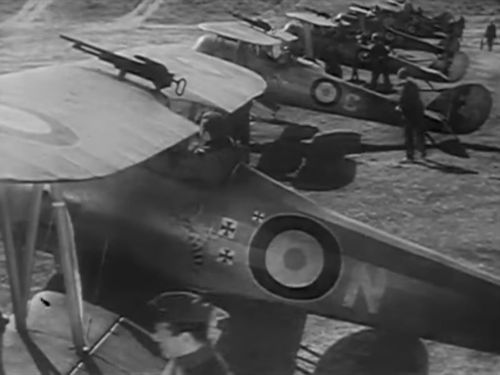 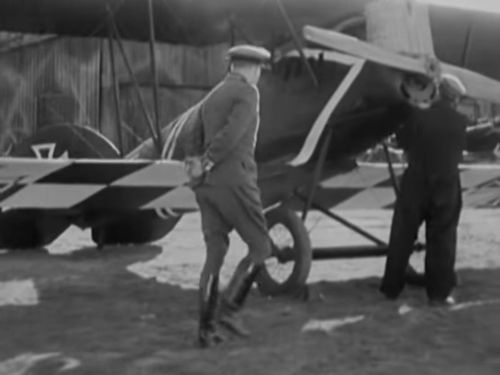 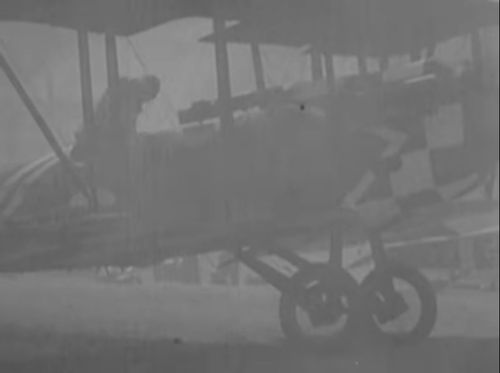 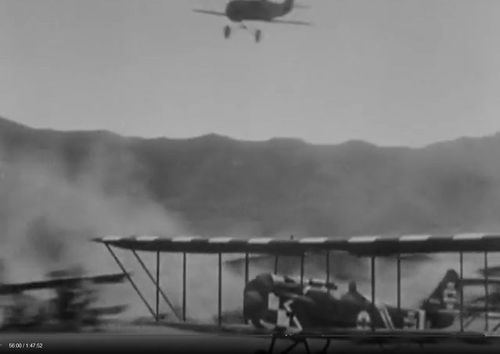 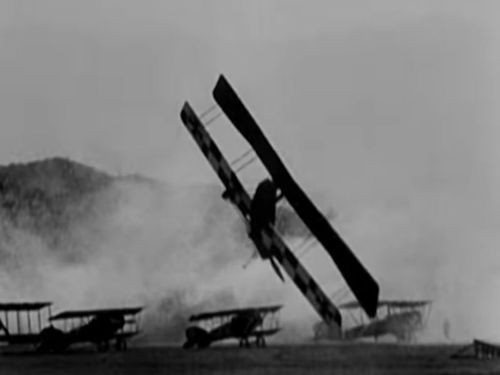 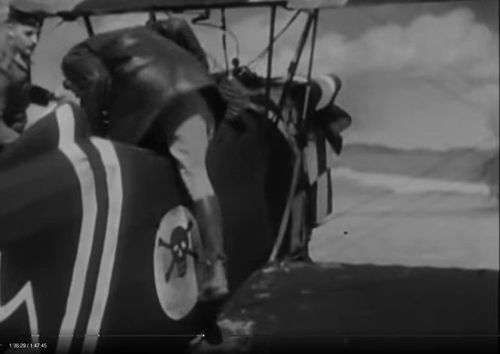 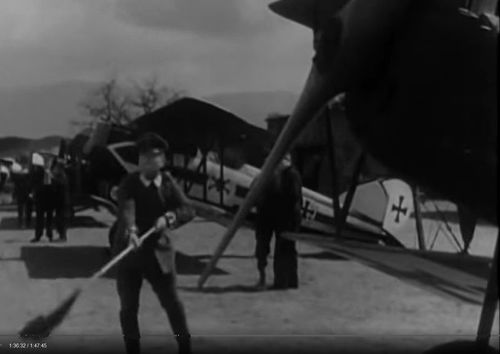 From the The Dawn Patrol (1938), another movie which reused lots of footage. 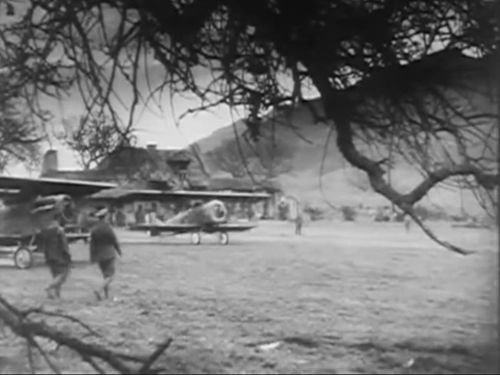