The Desert Fox: The Story of Rommel 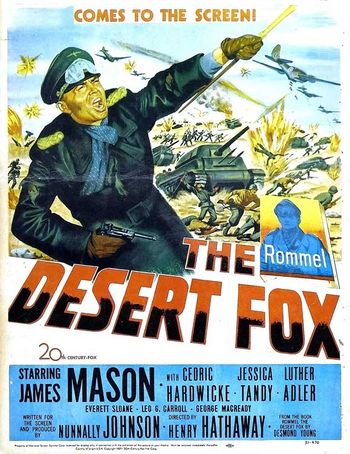 The Desert Fox: The Story of Rommel movie poster. 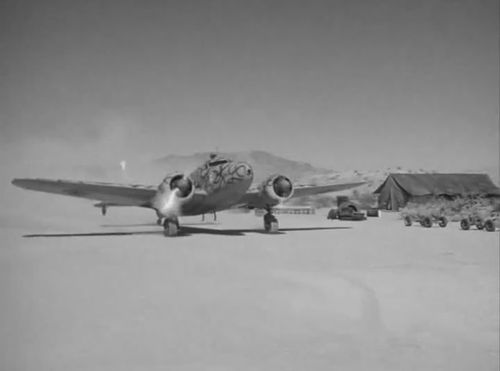 We guess the former place of the gun turret. 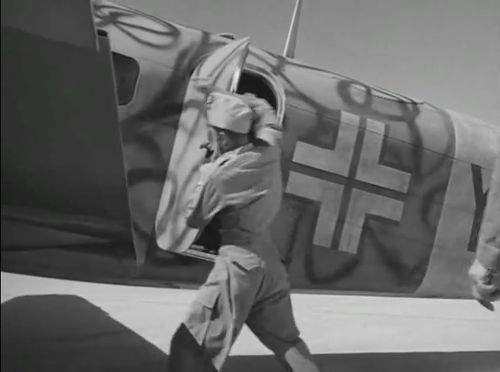 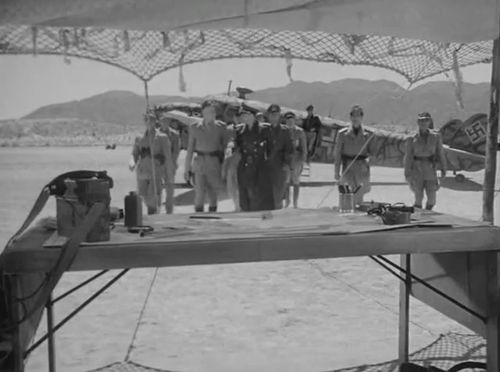 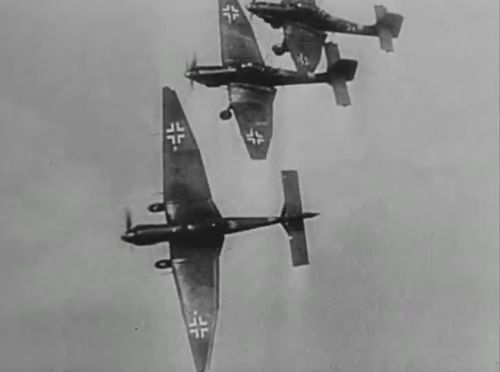 TK+HE, a Junkers Ju-87A-2 Stuka is shadowed by a dark camouflaged Junkers Ju 87 B.
Same aircraft in other movies at IMPDb: Frequently Seen Aircraft. 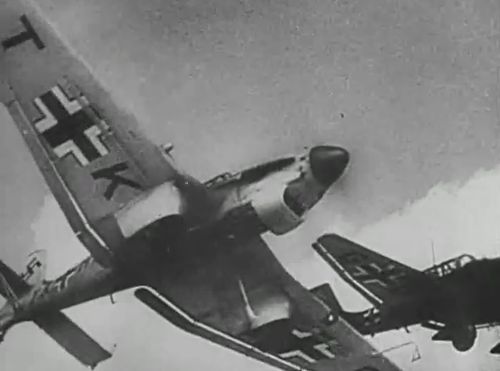 Probably the same archive footage which will be used again in The Young Lions. 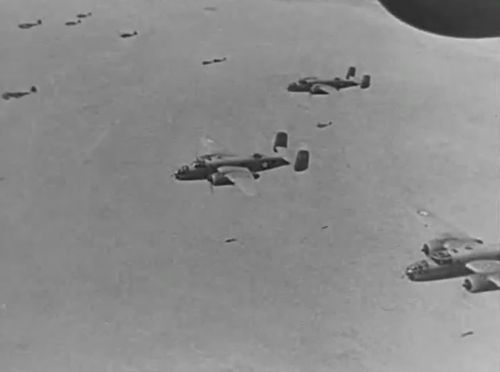 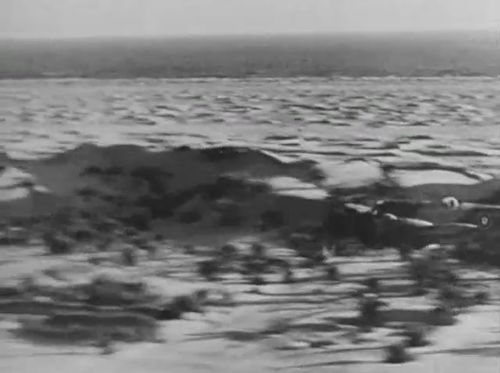 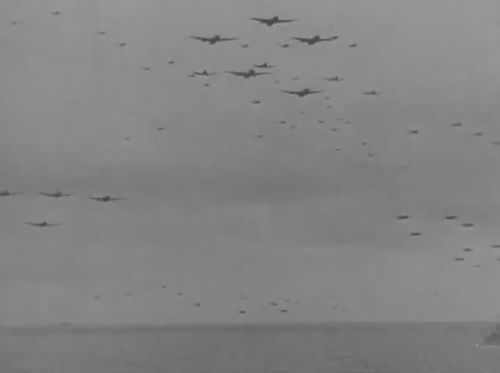 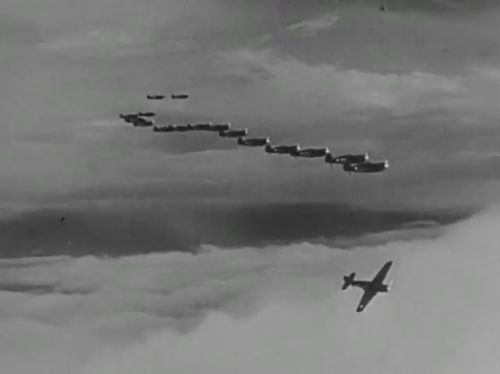 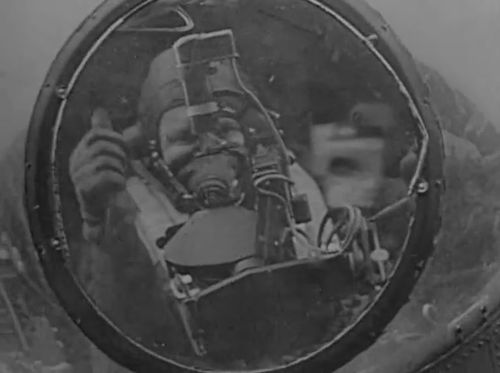 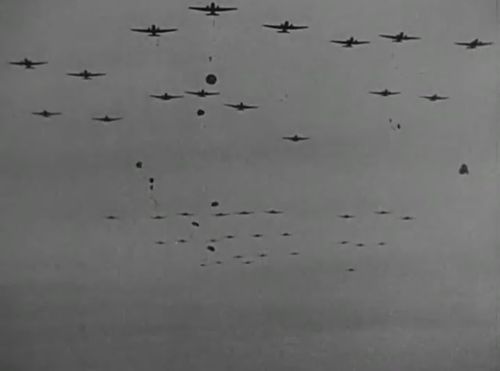 The famous straffing in which Rommel was hurt.
The attack occured in Normandy by a deep blue sky weather and was done by two Spitfires ... but first we see a torpedo bomber (!) with a cloudy background. 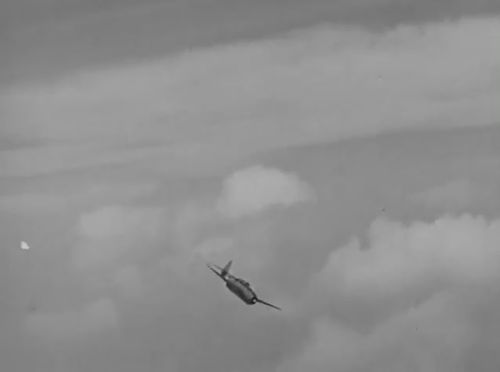 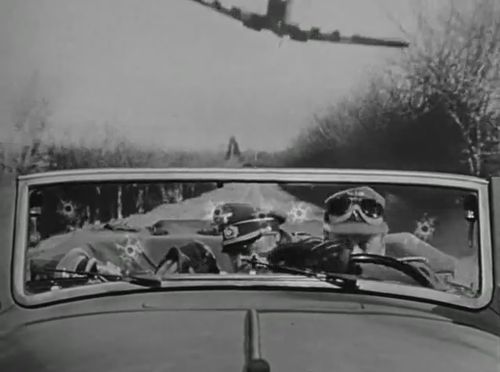