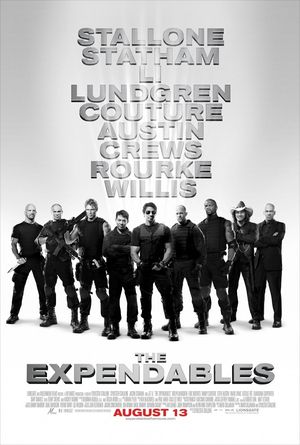 Theatrical poster for The Expendables.

A team of mercenaries are offered a job to carry out an assassination on a remote dictator-ruled island, but instead of accepting the job they return on a personal mission to save the whole island. 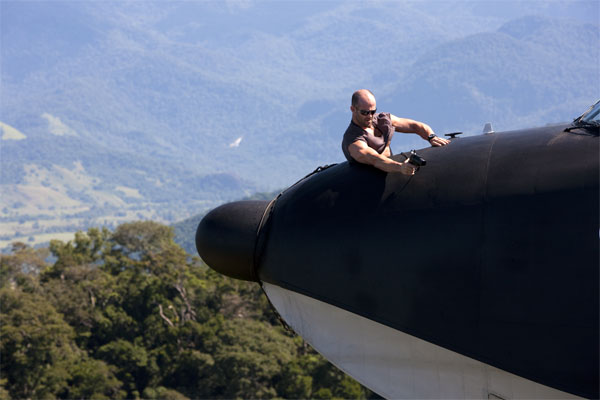 This aircraft may be model, just for blowing up.