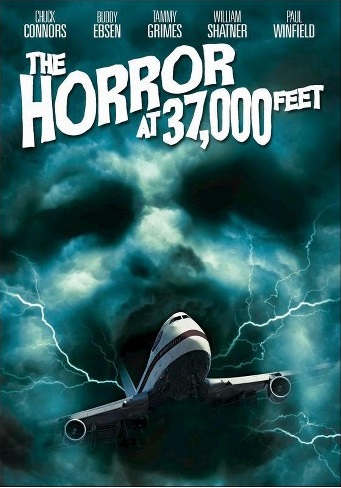 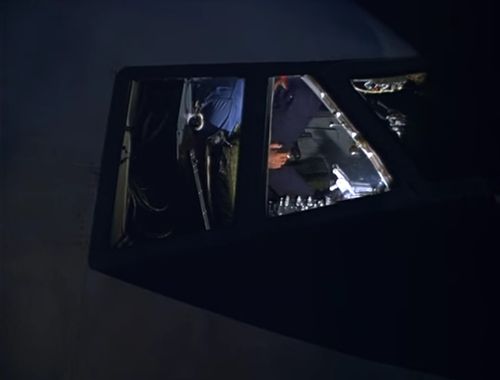 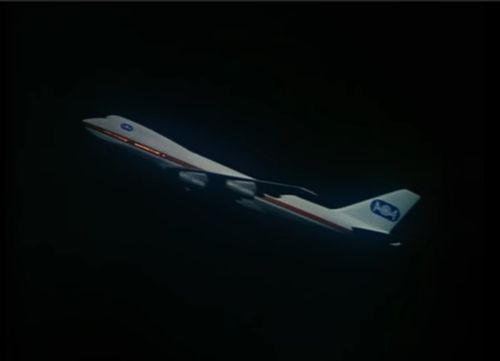 Just as the Boeing 747 lift up, this shot with a shadow in front of the Moon but displaying a T-tail Boeing 727. Footage reused eleven years later in Romancing the Stone. 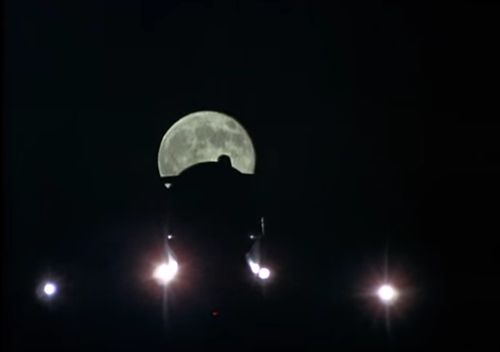 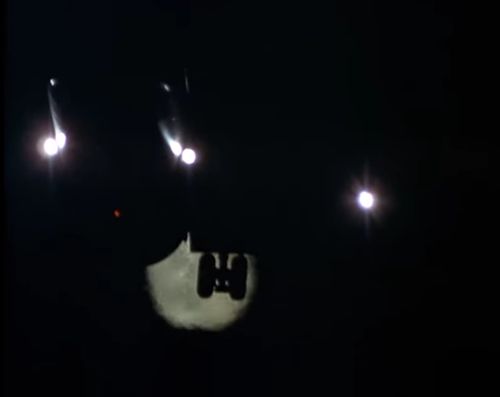 Not a Boeing 747 but probably a Boeing 707 despite flight ingeneer panel is slighty different the usual one. 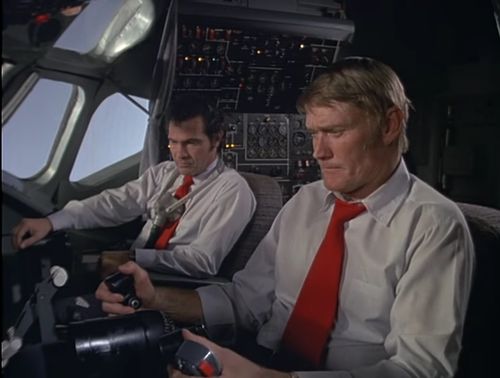 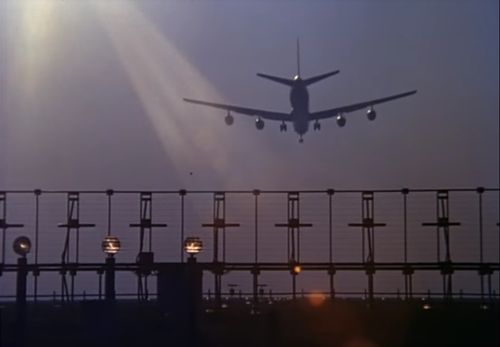