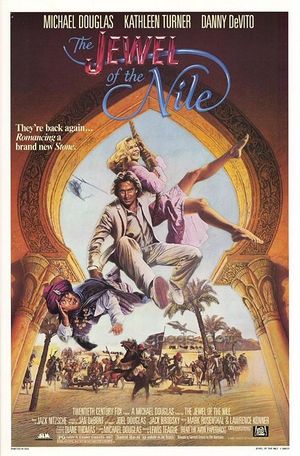 Joan Wilder is hired by Middle Eastern dictator Omar to write a sanitized version of his biography. He holds her prisoner in his fortress until she complies, with Jack Colton attempting to rescue her. It turns out Omar has stolen the sacred jewel of the local tribal peoples. Jack, motivated by greed, plans to steal back this jewel but in reality the "Jewel" is actually the tribes' holy man whom Omar is keeping captive alongside Joan.