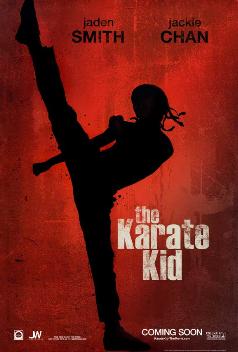 
Work causes a single mother to move to China with her young son; in his new home, the boy embraces kung fu, taught to him by a master.

Dre Parker and Sherry Parker fly from USA to China. First aircraft (taking off) is definitely B-2460, c/n 24348 built in 1990, however the second (landing) is a different aircraft.

Same footage seen later in Operation Rogue and slighty re-skinned in The Interview (2014) (have a look at IMPDb: Frequently Seen Aircraft).