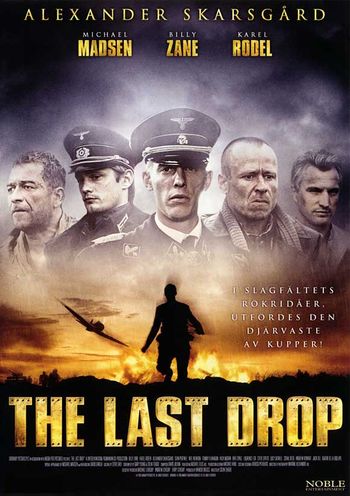 During Operation Market Garden, a special commando in a Horsa is diverted from the main objective to retrieve a horde of Dutch gold and art treasures. In the idst of the german counter-offensive and struggling with some german renegates, the mission couldn't be easy !

CGI view of the cockpit.

A Stirling taking off, towing a Horsa.

A Lancaster towing a Horsa.

Acting as a Junkers Ju-52/3m on floats. The shape is used through a CGI (or green background capture) for all flying scenes. Nearly no hydroplaning is shown.

Some shots are live action and help to realise the heavy redesign : upper wing removed (half the bracing is kept), two (fake) engines added on the wing, the unrealistic floats positioned well back .