A toy (a Spitfire gliding along a wire) to represent Walter Mitty falling down his prey. 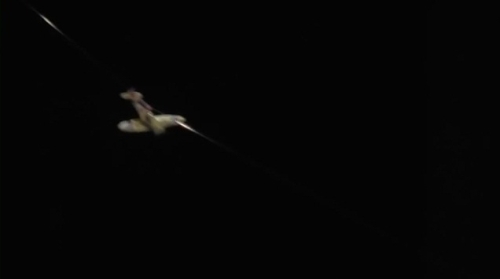 Picture seen too in the first episode of the TV documentary The War.
Here, Walter Mitty looks the National Geographic (Volume 180 issue 6 of december 1991) in which "A return to the day of infamy" was published.
The Consolidated PBY Catalina is on the fold behind the sailor, the Vought OS2U Kingfisher facing the cameraman and the Curtiss SOC-1 Seagull in the background. 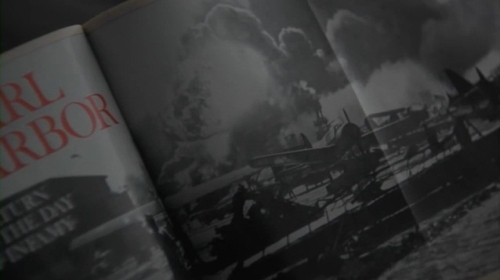