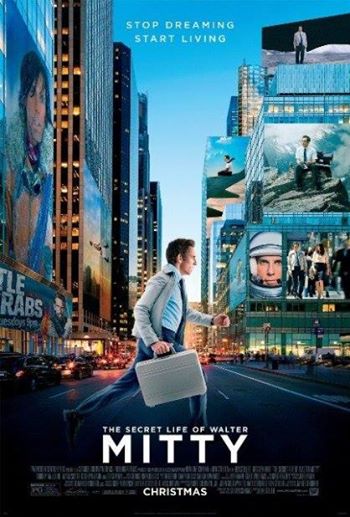 A day-dreamer escapes his anonymous life by disappearing into a world of fantasies filled with heroism, romance and action. When his job along with that of his co-worker are threatened, he takes action in the real world embarking on a global journey that turns into an adventure more extraordinary than anything he could have ever imagined.
Please, do not confuse with this short movie : The Secret Life of Walter Mitty (2009).

Life published on 25 July 1969, an issue with the title "Leaving for the Moon" but with a black and white (and yellow) picture of Neil Armstrong walking to the launching pad, not the launch itself as seen on this fictional cover.