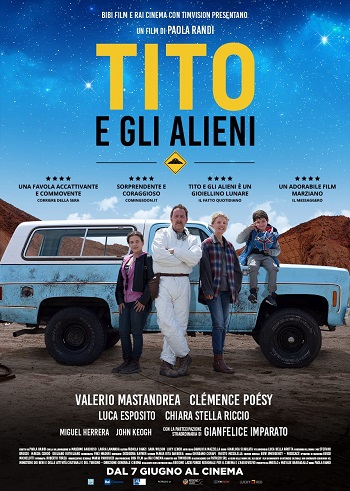 After his wife's death the Professor (Valerio Mastandrea) lives isolated from the world in the Nevada desert, near Area 51. He supposedly works on a top-secret project for the US government, but in actuality, he spends his days on the couch, listening to the sound of the Universe. His only contact with the outside world is Stella, who organizes alien-themed weddings for tourists on the prowl for extra-terrestrials. One day the Professor receives a message from Naples: his dying brother is entrusting him with his two children, so that they may live with him in America. Anita (16) and Tito (7) arrive expecting the legendary brightening lights of Las Vegas, but instead, they find themselves in the middle of nowhere, in the hands of their nutty uncle and in a weird, mysterious place where aliens are said to live.

Several McDonnell Douglas MD-80s of Allegiant Air parked on the apron, a Boeing 737-66N of Janet landing behind. 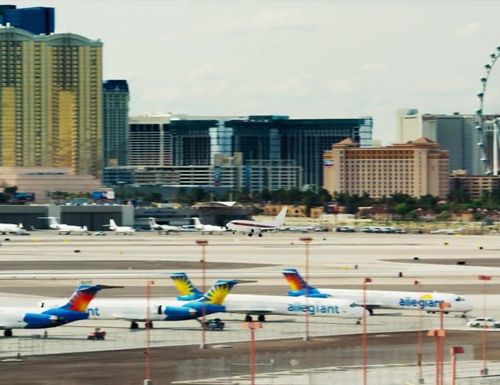