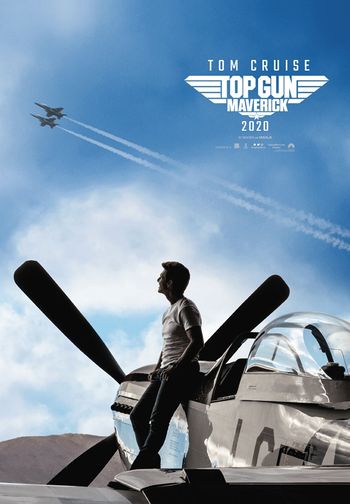 After more than thirty years of service as one of the Navy's top aviators, Pete Mitchell is where he belongs, pushing the envelope as a courageous test pilot and dodging the advancement in rank that would ground him.

Fictitious prototype for the Navy BuNo 101795 (really a Bureau Number from a canceled batch for 2,000 Grumman F8F-1 Bearcat).
Filming was at China Lake.

Footage shot for the trailer.

…and another CGI as there are no more flying F-14s, except for those of Islamic Republic of Iran Air Force.