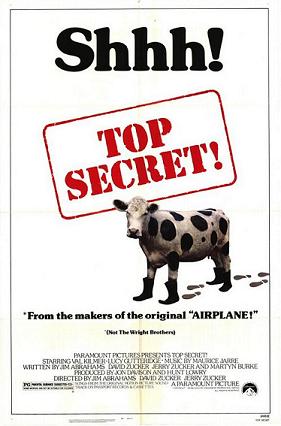 Parody of WWII spy movies in which an American rock and roll singer becomes involved in a Resistance plot to rescue a scientist imprisoned in East Germany.

During the opening credit, a surfer is shooting an aircraft, probably a R/C model or a Hispano Aviación HA-1112 if this stock footage is taken from Battle of Britain.
Markings are clearly those of a Luftwaffe fighter during the summer of 1940. 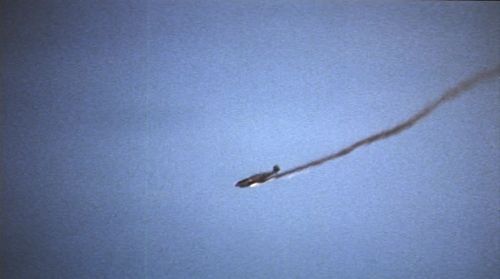 It's hard to say if this aircraft is a civilian airframe (DC-3), a former American soldier (C-47) or British one (Dakota). 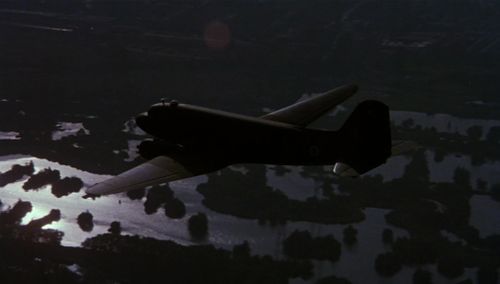 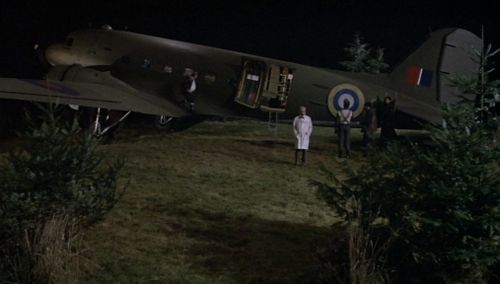