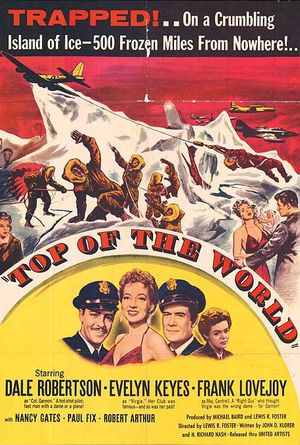 Top of the World movie poster.

The commander of a hotshot (but aging) pilot decides he doesn't have the reflexes for flying jets, and sends him to support a scientific effort in the Arctic.

Military version of the Cessna 195 on skis: Shows it landing in an open field and taking off again, with the pilot rocking the elevators and rudders to keep the skis from sticking.
Registration 91953, c/n 49-1953. Same aircraft seen in other movies - IMPDb: Frequently Seen Aircraft. 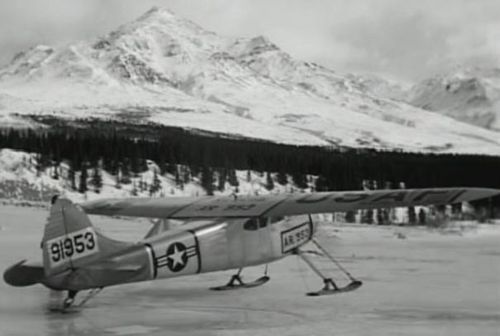 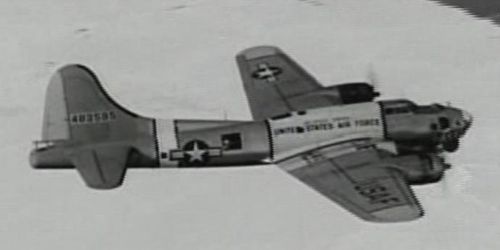 Several scenes on the ground, taxiing, takeoff, inflight, and landing. 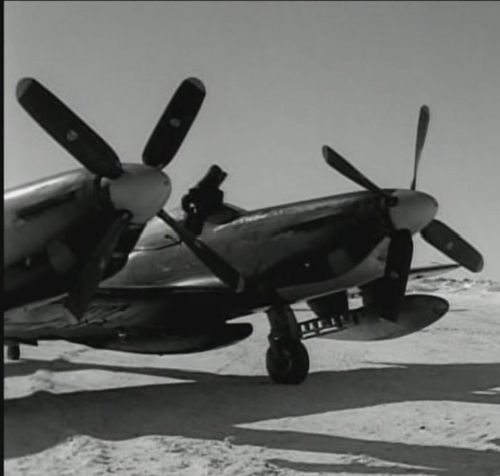 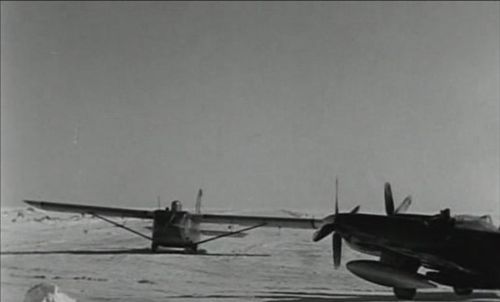 Scenes of several C-47s in Arctic paint, including the landing of a ski-equipped example.
Registration 5894, c/n 45-894. 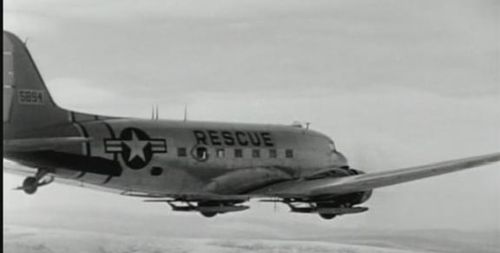 Movie ends with ground footage of flyby by formation of early B-36s (no jet engines). 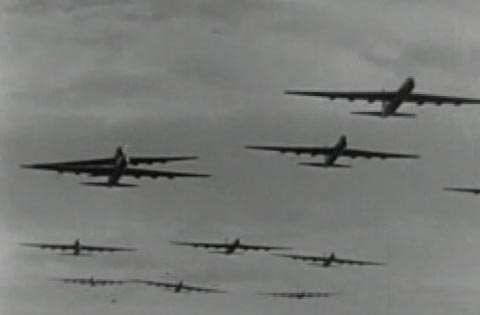