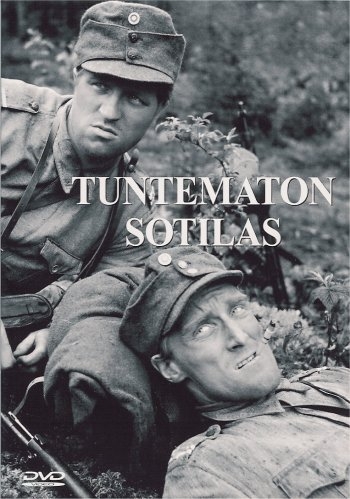 The Continuation War (25 June 1941 – 19 September 1944) between Finland and the Soviet Union as told from the viewpoint of ordinary Finnish soldiers. 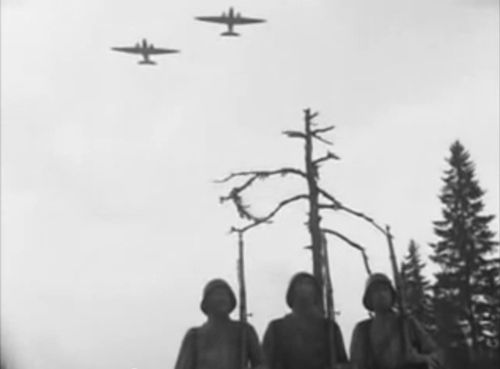 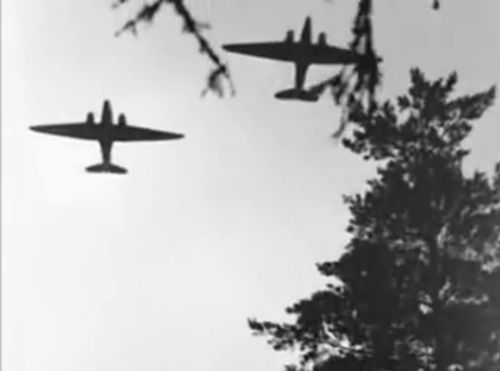 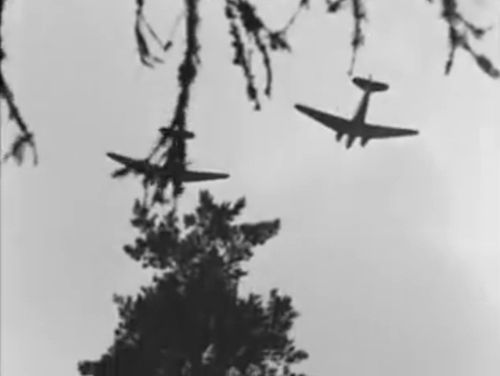 Once the Soviet bombers did their job, a small aircraft (a fighter ? a Soviet one or a Finnish one ?) is quickly seen following the twin engine. 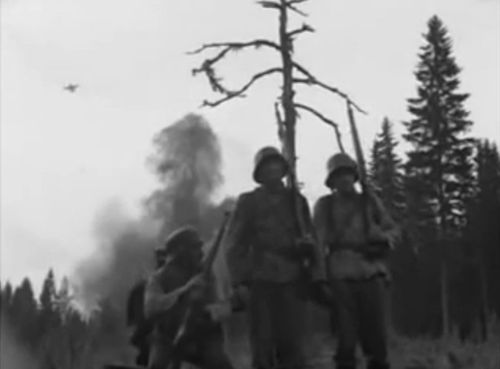 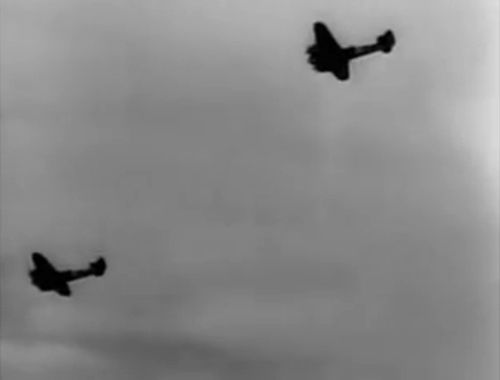 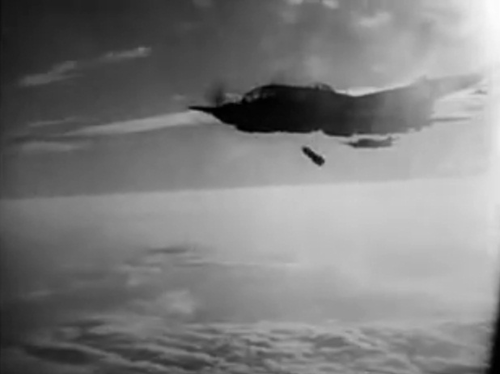 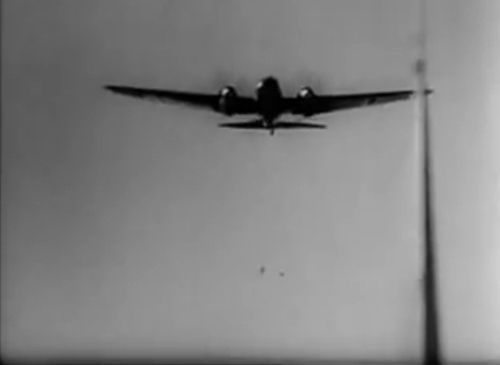 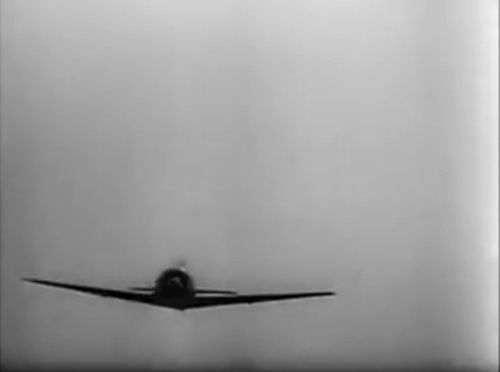 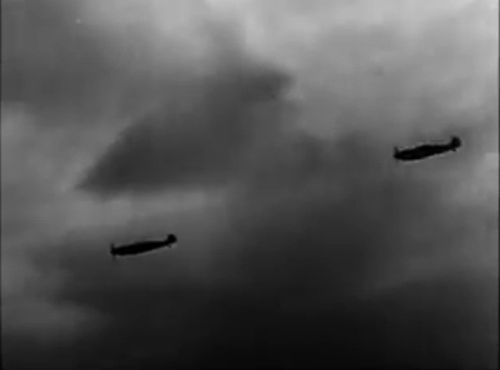 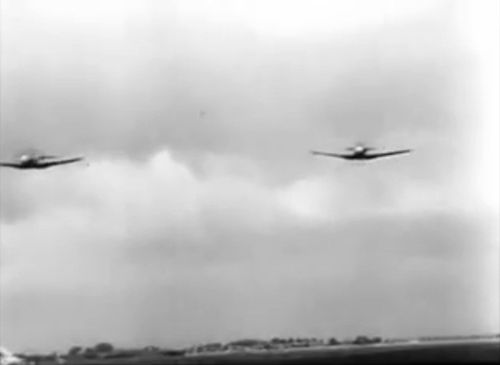 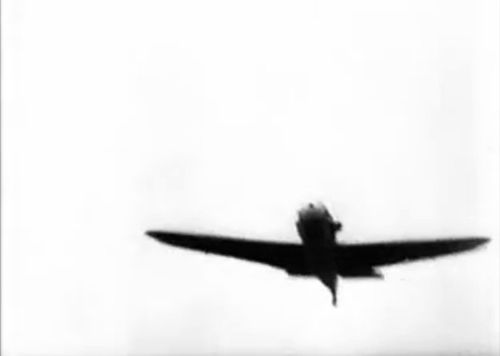 The next one with underwing cannon gondola (Rüstsatz VI). 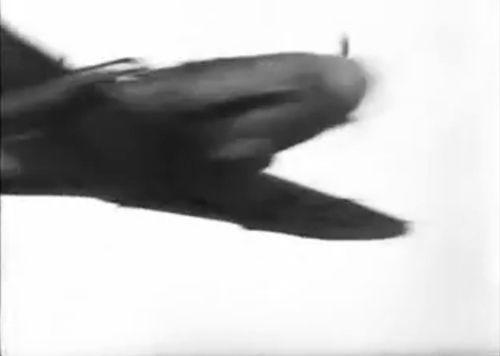 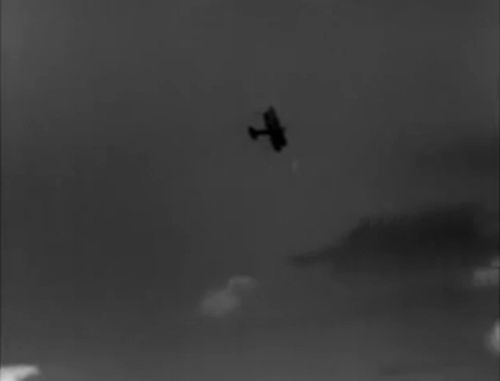 Acting as a Soviet aircraft. 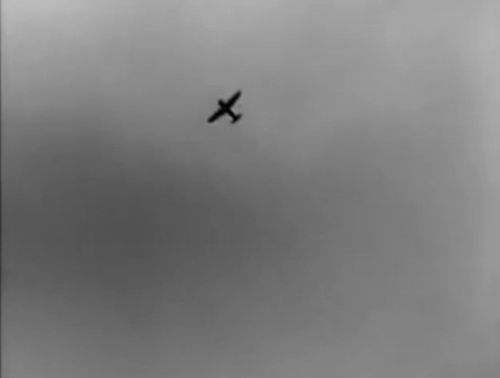