Two Fathers: Justice for the Innocent 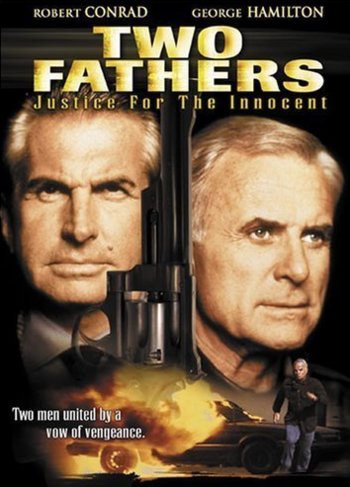 Two fathers from very different backgrounds reunite after 8 years to pursue the escaped drug dealer responsible for the deaths of their son and daughter. 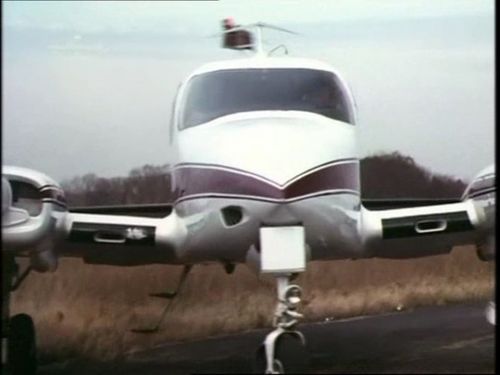 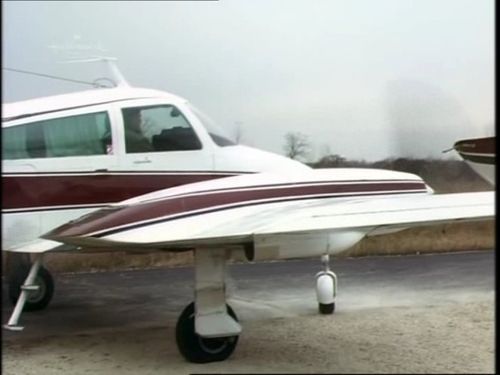 Chicago skyline in the background, probably at Chicago Midway International Airport (MDW/KMDW).
Registration begins with N77. Might be N771B, c/n 258 built in 1979, but no pictures of the aircraft during this time period can be found. 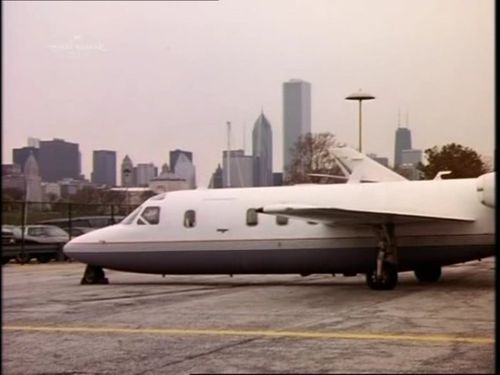 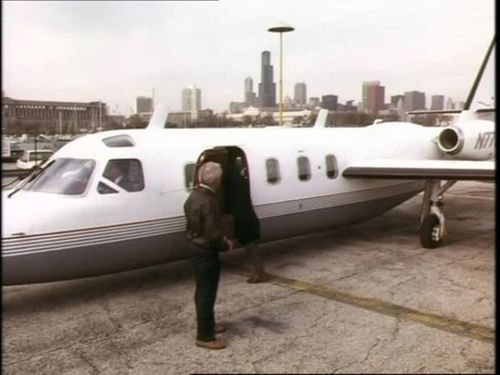