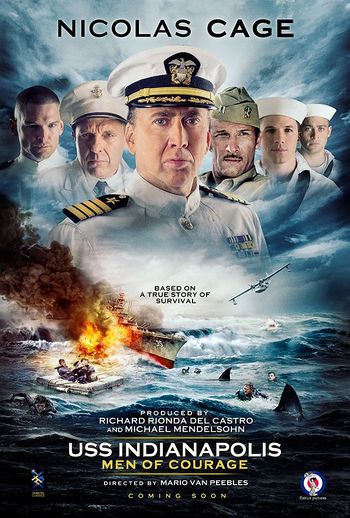 The harrowing true story of the crew of the USS Indianapolis, who were stranded in the Philippine Sea for five days after delivering the atomic weapons that would eventually end WWII. As they awaited rescue, they endured extreme thirst, hunger, and relentless shark attacks.

The real Enola Gay had its machine gun turret dismounted.

Registration N6657D, c/n 15-1606. Carried BuNo 84062 while in military service. Airworthy and owned by the Stockton Field Aviation Museum in California.

Registration N85U, c/n 64041. Aircraft sprung a leak and was beached during filming, and ended up being broken up.