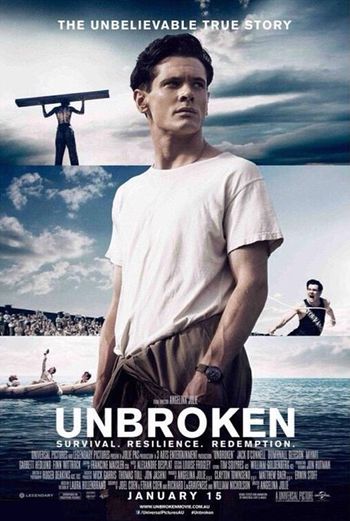 A chronicle of the life of Louis Zamperini, an Olympic runner who was taken prisoner by Japanese forces during World War II.

Only seen through the castaway's eyes (who jumped into water to escape straffing), so at long distance. Hard to say if it's a Nakajima J1N or a Kawasaki Ki-45 or a Mitsubishi Ki-46 (CGI of course).