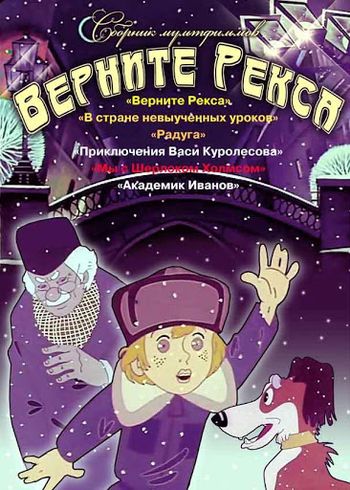 Seryozha’s dog Rex dies after saving him from icy water. The parents ask the veterinary doctor not to tell Seryozha that his friend is gone. The boy, who thinks Rex is still alive and kept by the doctor, tries to get him back.

Quite a realistic sequence of An-12 landing, with flaps down and beacon lights on. It is clear that the artists were using a real photo for reference. 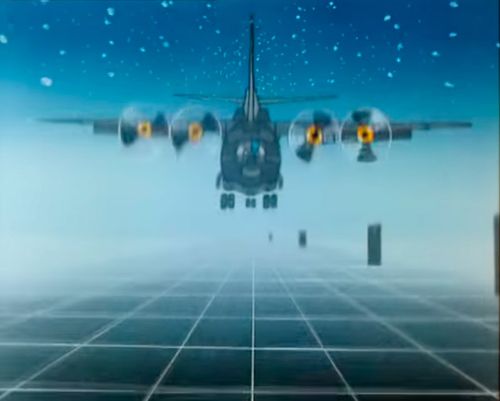 A much less realistic representation, although the number СССР-11159 did exist in reality and was carried by An-12. 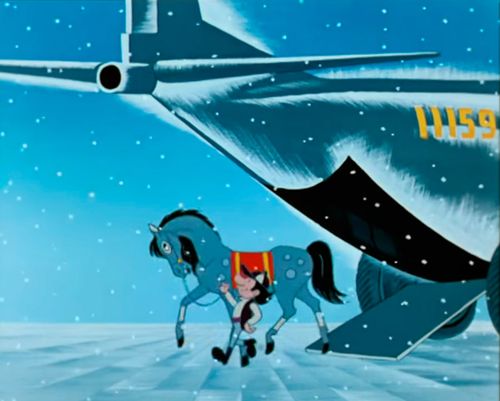 The helicopter is most likely inspired by Mi-8. The rest of the planes are hard to guess. The propeller-driven aircraft carries a resemblance to DC-4, although it is more likely that animators kept Il-18 in mind. The planes on the back are similar to de Havilland Comet, but with only 2 engines instead of 4. 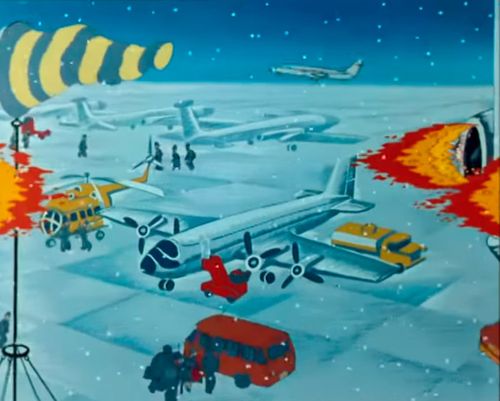 Surprisingly for a Soviet cartoon, this airliner carries SAS logo on the fin. The letters near the cockpit say “Tu”, although there is no resemblance of any Tupolev airplane. 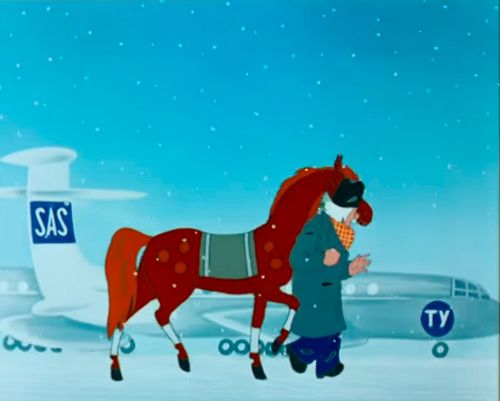 The rest of the planes do not represent any recognizable real types. 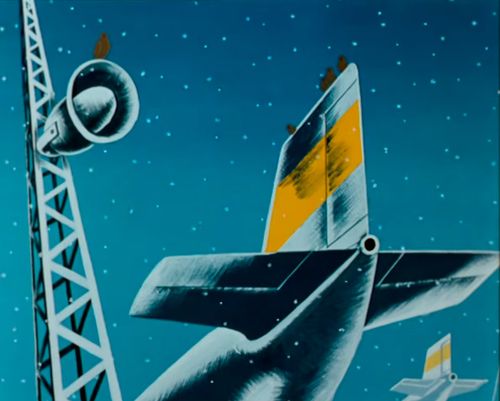 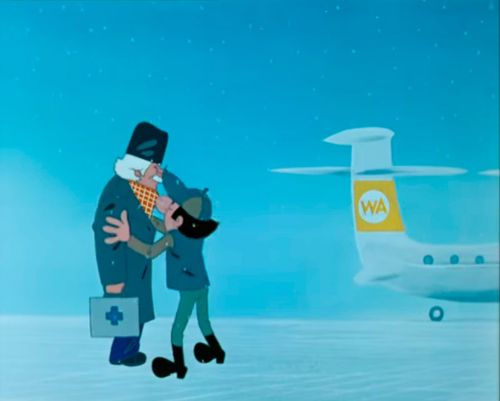 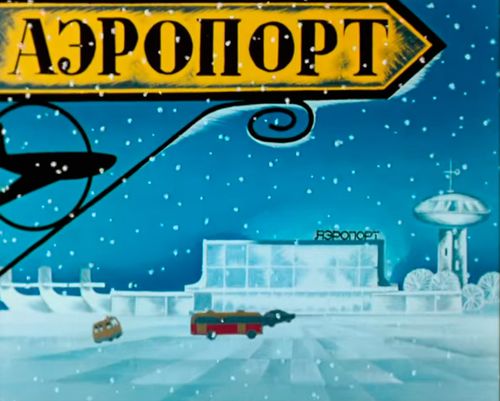 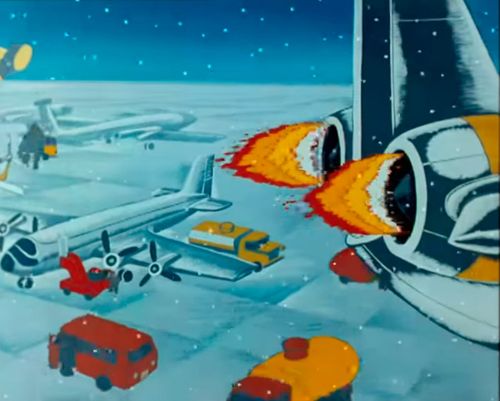