For other movies with the same name, see Vive la France (disambiguation). 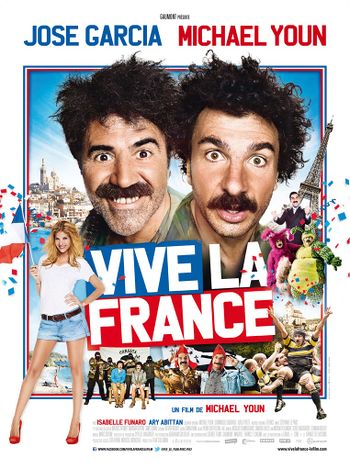 
Taboulistan is a poor country which inhabitants just dream to be better known by the rest of the world. Two peasants are enlisted by political terrorists and are charged with destroying the Eiffel Tower.

Boeing 737 Next Generation in front of an Airbus A330-200.
This last one in painted with the fictional airline FLY2FRANCE.COM colors but a French registration is guessed near the tail. Perhaps a better screenshot could give an interesting registration ?