Difference between revisions of "Wonder Woman (2017)" 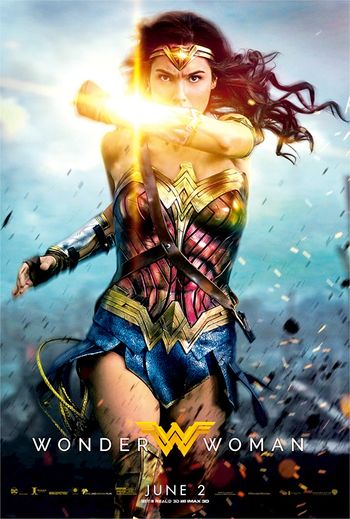 The film tells the story of Diana Prince, who grows up on the Amazon island of Themyscira. After American pilot Steve Trevor (Pine) crashes offshore of the island and is rescued by her, he tells the Amazons about the ongoing World War. Diana then leaves her home in order to end the conflict.

Three Eindeckers Fokker E.II or E.III and the Avro 504K facing the camera. The plane seen from the rear is still unidentified.

The Deutsche Luftstreitkräfte never used a four engine bomber in different nacelle (on the Zeppelin-Staaken R.VI, engine were paired in push-pull layout). Front cabin is similar to Sikorsky Ilya Muromets S.22 but not the wing mast.