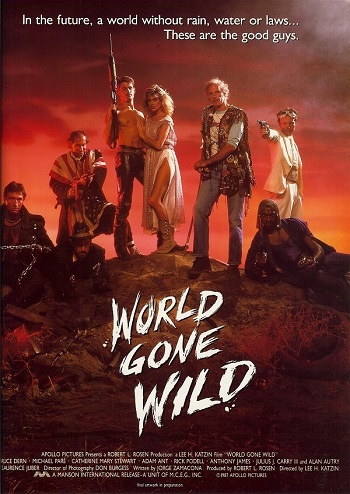 In the nuclear ravaged wasteland of Earth 2087 water is as precious as life itself. The isolated Lost Wells outpost survived the holocaust and the inhabitants guard the source of their existence. Now an evil cult of renegades want control of their valuable water supply. And the villagers are no match for such brute military force. Only one man can help the stricken community - a mercenary living in a distant cannibal city. But even he, and his strange henchmen, may not be able to survive in the world gone wild.
Boneyard scenes filmed at Davis-Monthan Air Force Base's AMARG Boneyard in Tuscon, Arizona. 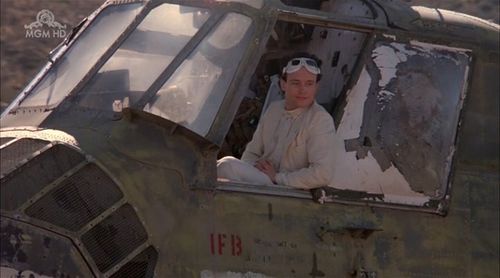 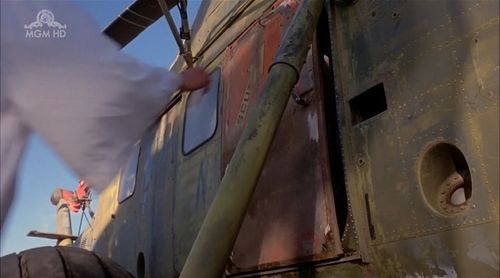 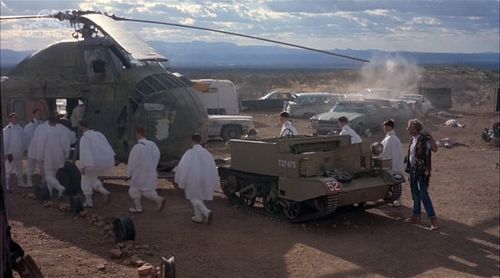 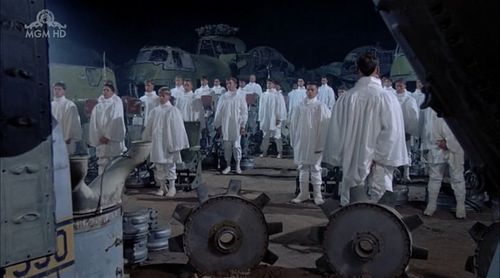 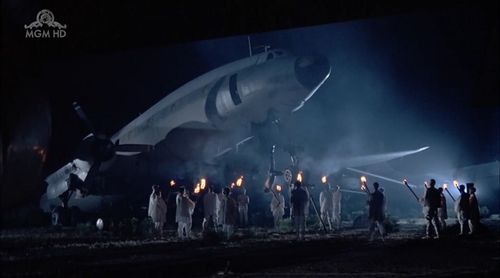 On the right; tail of a Lockheed C-121 Constellation on the left, Sikorsky H-34s in the background. 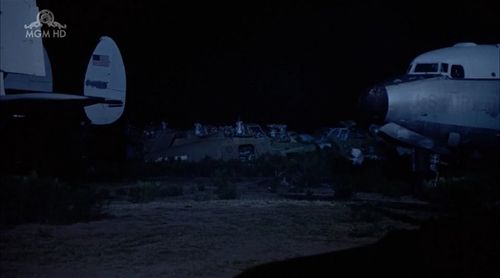