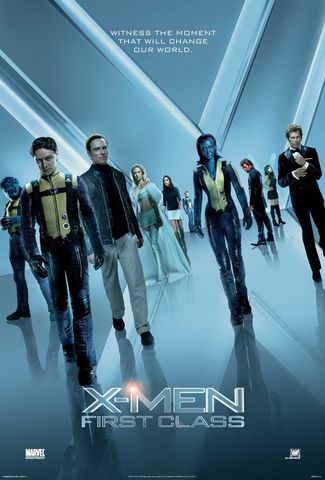 
X-Men: First Class (2011) is the fifth film in the X-Men film franchise. Set primarily in October 1962, during the height of the Cuban Missile Crisis, the film examines the beginning of the friendship between Charles Xavier (Professor X) and Erik Lehnserr (Magneto).

Also from this series:
X-Men series

Made for Movie X-Jet

The X-Jet is a fictional aircraft seen in many variants throughout the X-Men film series, the X-Jet in X-Men: First Class is based on the real Lockheed SR-71 Blackbird type.

McDonnell Douglas F-4 Phantoms seen in the bottom left of the shot.

Northrop T-38 Talons seen in the centre of the shot.

LTV A-7 Corsairs seen in the far right of the shot.

Boeing B-52 Stratofortress seen in the background of this shot.