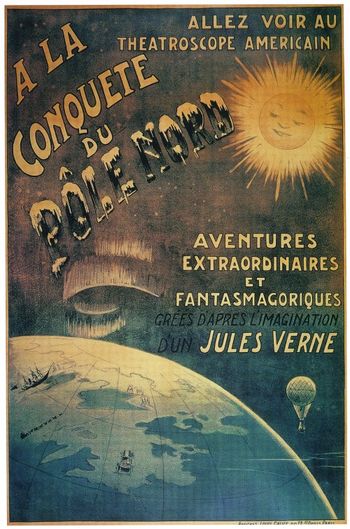 Intense debate between world Congressionists : the race to the North Pole is open but by which way ? On the ground (by road ? by train ? by sleigh ?) or on the sea (using a steamer or a submarine or a yacht ?). Maybe by airship or a balloon ? Professor Maboul (literraly "Crazy" or "Nuts") submits an Aerobus which gains unanimity. Preparations are quickly done and the flight is long (8 minutes on 30 minutes for the whole movie) but victory is in sight. Damned ! the aérobus is broken at landing and the international crew is endangered by a frost giant. Their salvation comes from the skies and everyone could congratulate each other at the French Aéro-club's banquet.

(coming soon) 1912 is a key year in aviation. Aeroplanes are still rare but progress are fast. Please read the discussion tab to help you understand how Méliès could right or wrong in this fantasy.

Most of the aircraft and flying machines and balloons and airships are fictional although a handful can evoke some real production.
Let's try to detail them. (coming soon) 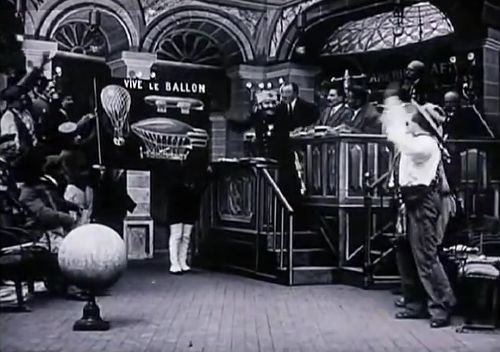 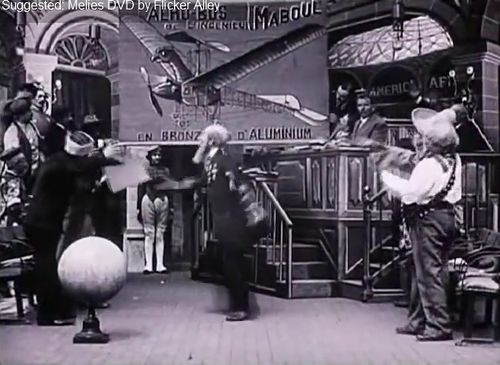 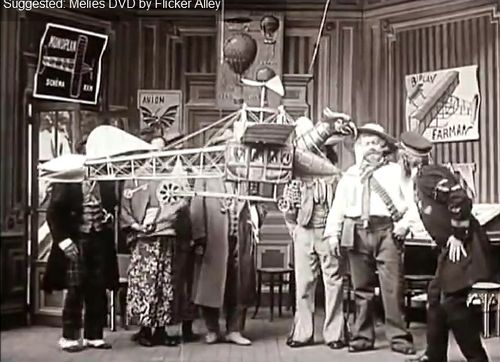 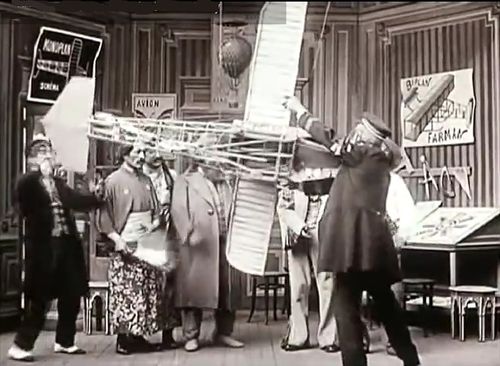 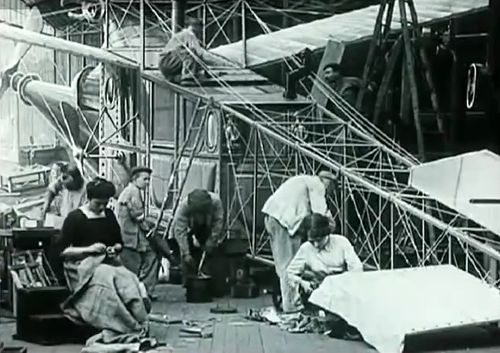 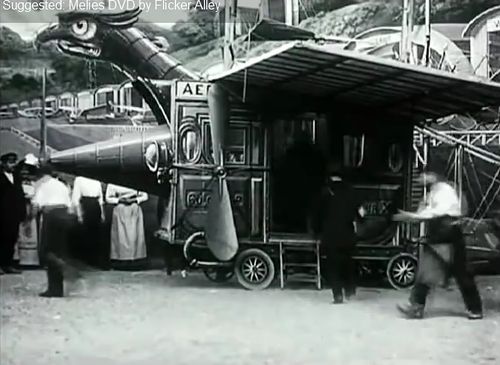 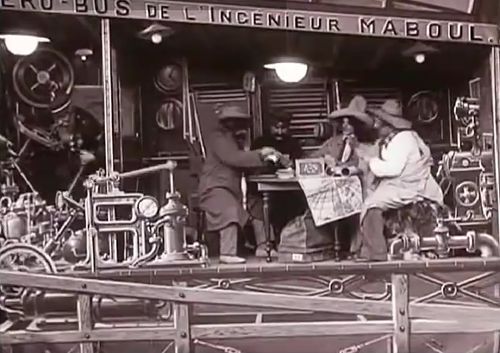 Poster about a monoplane's plan view and Ader Avion and Farman's biplane. 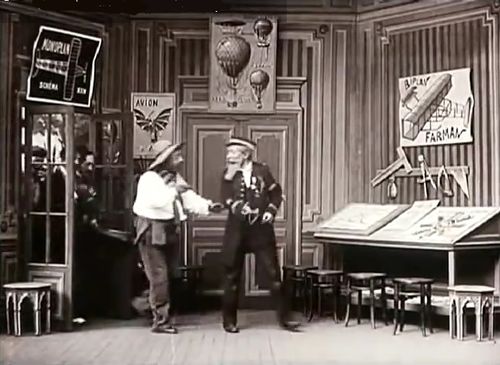 Airship, balloon and aircraft held in the ceiling of the factory. 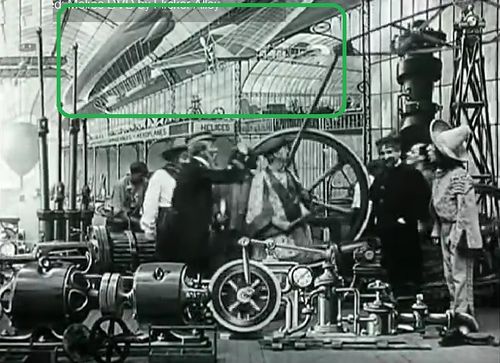 Aéroscaphe - used by the suffragettes (women activists refused by men in their project). 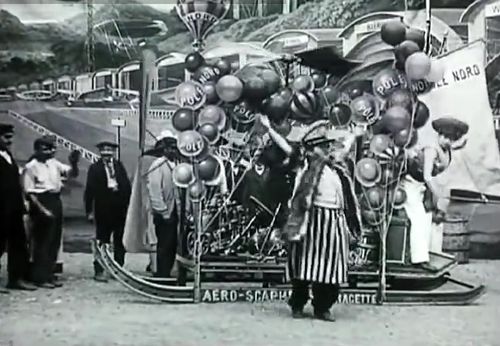 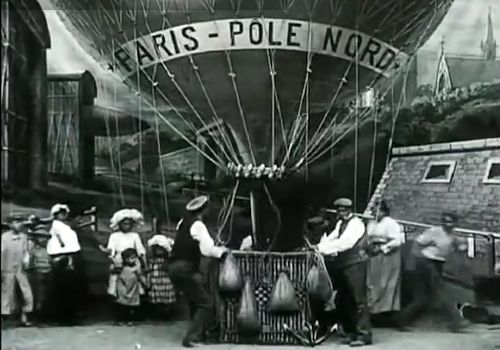 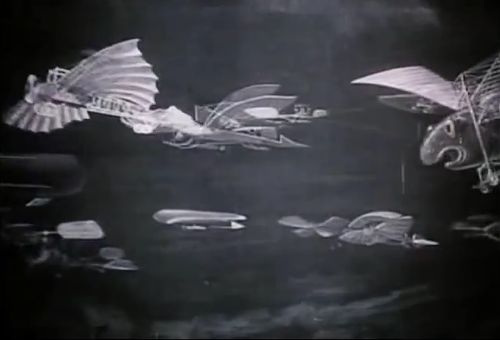 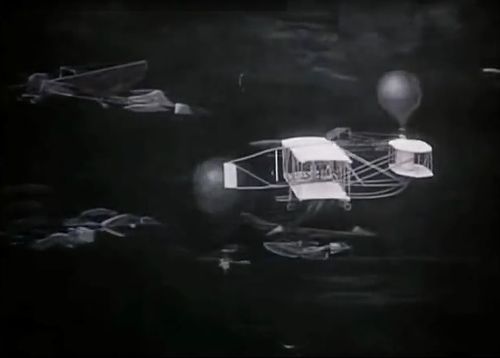 Airship's nacelle of the rescue team. 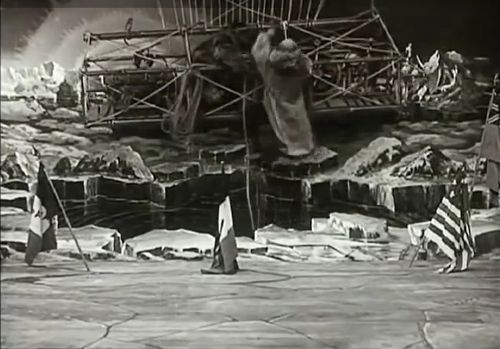